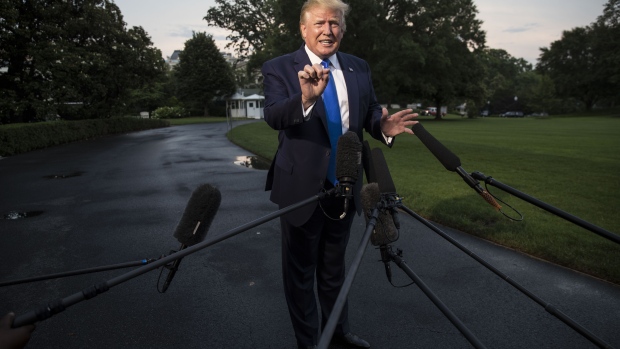 Trump, speaking Sunday to reporters outside the White House, weighed in on the Israeli elections after he was asked about prospects for his administration’s long-awaited Middle East peace plan.

“In the meantime, Israel’s all messed up with their election,” he said. “Bibi got elected, now all of the sudden they’re going to have to go through the process again, until September? That’s ridiculous. So we’re not happy about that.”

The Knesset voted to disband last week and call a new election after Netanyahu was unable to form a governing coalition ahead of a deadline, in part over a dispute over who should serve in the army. Israelis will now go back to the polls on Sept. 17 with the prime minister hoping for a more successful outcome.

To contact the editors responsible for this story: Alex Wayne at awayne3@bloomberg.net, Steve Geimann