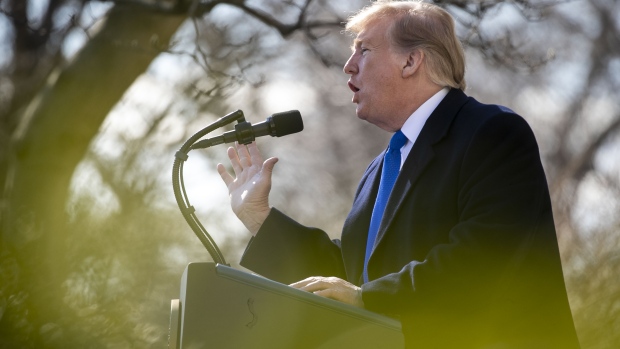 President Donald Trump said Wednesday he’ll keep tariffs on China until he is sure Beijing is complying with any trade deal the two nations reach.

Trump, speaking to reporters at the White House before leaving for Ohio, added that top negotiators will be in China this weekend working on an agreement to end the ongoing trade war.

The comments come amid U.S. concerns that Beijing is pushing back against some American demands in trade talks, people familiar with the matter said. Chinese officials have shifted their stance because after agreeing to changes to their intellectual-property policies, they haven’t received assurances from the Trump administration that tariffs imposed on their exports would be lifted, the people said.