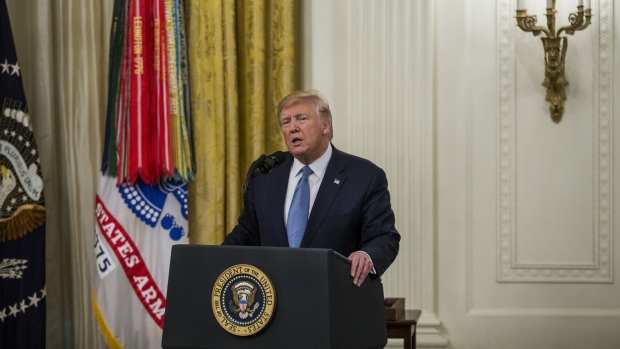 President Donald Trump said the U.S. and China are working on finding a new site for the two countries to sign a trade deal after Chile cancelled a summit where they were set to finalize an agreement.

“The new location will be announced soon,” Trump said in a tweet on Thursday.

Trump said the pact would cover “60 [per cent] of total deal” after Chinese officials cast doubts about reaching a comprehensive long-term agreement.

China and the USA are working on selecting a new site for signing of Phase One of Trade Agreement, about 60% of total deal, after APEC in Chile was canceled do to unrelated circumstances. The new location will be announced soon. President Xi and President Trump will do signing!