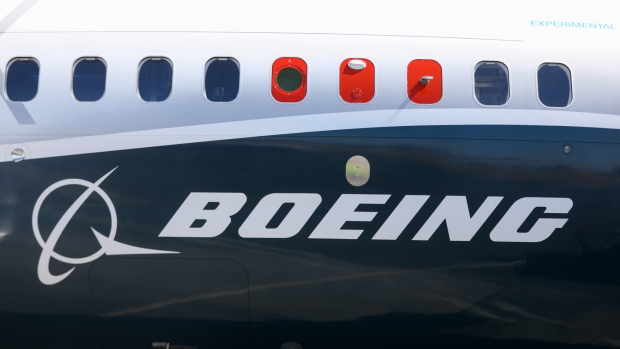 A Boeing Co. 737 Max 7 jetliner sits on the tarmac during preparations ahead of the Farnborough International Airshow (FIA) 2018 in Farnborough, U.K., on Sunday, July 15, 2018. The air show, a biannual showcase for the aviation industry, runs until July 22. , Bloomberg

(Bloomberg) -- President Donald Trump said the partial U.S.-China trade deal may lead to as much as $20 billion in sales of Boeing Co. airplanes, in addition to spurring billion of dollars in purchases of agricultural goods.

“Other aspects of the deal are also great -- technology, financial services, 16-20 Billion in Boeing Planes etc,” Trump tweeted Saturday without any specifics about the aircraft portion.

In unveiling the overall deal on Friday, Trump stressed a surge in Chinese purchases of U.S. farm products -- an offer Beijing offered more than two years ago. It will be accompanied by unspecified commitments on intellectual property. No mention was made at the White House of aircraft purchases.