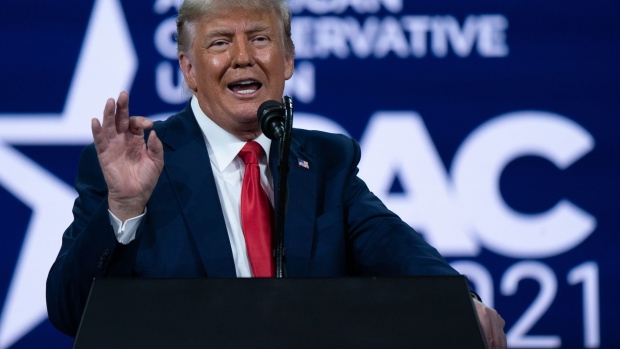 (Bloomberg) -- Former President Donald Trump, banned from posting on major social media sites, has added a new feature to his political action committee website to allow him to post comments and videos that his supporters can then share.

The new feature comes a day before a Facebook oversight board is expected to announce its decision about whether Trump can resume posting on the platform.

The former president has added a new “From the Desk of Donald J. Trump” tab on his Save America leadership PAC website that allows him to post his press releases as well as videos. Supporters can then repost them on Facebook and Twitter.

Trump, who falsely claimed in person, on television and on social media that the Nov. 3 election was stolen from him, was banned from Facebook, Twitter, and other sites after a mob of his supporters attacked the U.S. Capitol on Jan. 6 to stop the counting of Electoral College votes for Joe Biden.