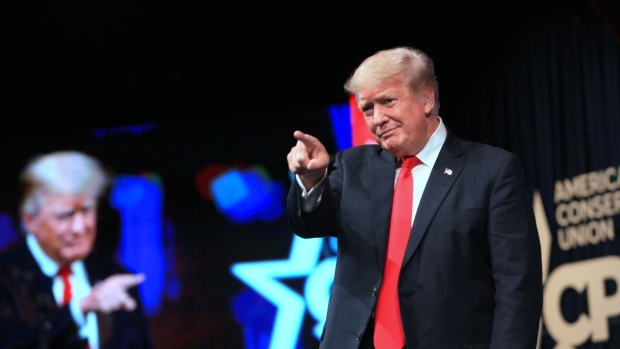 His event-driven fund, Yakira Partners, gained roughly 12% in October, far better than peers. The fund got a big boost from its stake in Digital World Acquisition Corp., a special purpose acquisition company that announced late in the month that it would merge with Trump Media & Technology Group Corp.

Shares of Digital World soared more than 1,200% in the days that followed its Oct. 20 announcement.

“SPACs have been very lucrative,” said Kallins, who started his Westport, Connecticut-based firm in 1997.

Yakira was one of 11 anchor investors that each agreed to buy more than two million shares for $10 apiece through Digital World’s September initial public offering. Each of the investors was also eligible to buy an additional 150,000 shares for less than 1 cent each, according to regulatory filings.

Digital World’s October gains had an outsize impact on Yakira’s returns because the firm is smaller than many of the others that bought stock through the private offering, including funds run by D.E. Shaw and Saba Capital Management.

Yakira had about $473 million of assets under management at the end of last year, including $51 million in the event-driven fund.