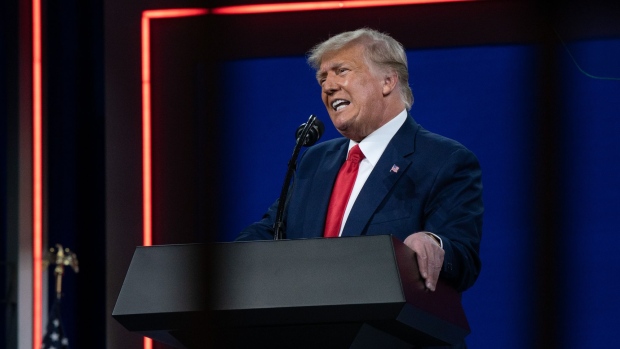 (Bloomberg) -- Raymond Dearie, the semi-retired federal judge in charge of reviewing documents seized from former President Donald Trump’s estate, said he won’t seek extra pay for the work, but asked that a magistrate judge assigned to help him get $500 an hour.

Federal judges face limits on accepting outside employment and compensation, but there are fewer restrictions for senior judges such as Dearie.

Dearie said he needed help in the review, and proposed retired US Magistrate Judge James Orenstein in Brooklyn, who holds top secret clearance, to assist him.

Dearie also put Trump on a short leash in paying the special master bills. A federal judge in Florida ordered Trump to pay the full cost of the review.

Dearie gave the former president seven days to dispute any billing charges -- disputes, he said, would be promptly reviewed and resolved. Then he gave Trump seven additional days from the resolution of the disputes to pay the monthly invoice.

“Failure to make timely payment will be deemed a violation of the special master’s order subject to sanction,” Dearie wrote in an order Thursday.