How Trump could escalate the trade war even further

The trade war’s August escalation has spooked markets -- and central banks -- around the world. The bad news, though, is that while President Donald Trump has fired two large weapons in the past week by green-lighting his biggest swathe of tariffs yet and formally branding China a currency manipulator, his arsenal is far from exhausted.

The loudest shot Trump could take may be the one that he increasingly appears focused on: weaponizing the dollar, the world’s reserve currency.

In a series of tweets on Thursday he called for the Federal Reserve to cut rates and weaken the dollar to benefit American exporters, effectively shrugging off a long-standing G-20 compact the U.S. signed again just weeks ago for the world’s major economies not to engage in competitive currency devaluations.

Inside the White House, hawks have been pushing for a direct intervention in currency markets by the Treasury by pointing to a slowdown in U.S. manufacturing, which many economists have blamed on tariffs imposed by Trump and uncertainty surrounding his trade war with China.

Just how effective either a Fed cut or an intervention would be is unclear. The relevant Treasury fund has US$92 billion in it. Even if the Fed were to join in, as it has in past interventions, and match that amount -- a US$180 billion injection into a US$5 trillion per day global foreign-exchange market might have a limited effect. It might also unnerve markets and have longer-term economic consequences.

But while the president and markets are focused on a possible currency intervention, that’s far from the last weapon he has available, according to current and former U.S. officials, advisers to the administration and analysts.

'We are walking through history' of unprecedented market conditions: Rosenberg

Markets have gone topsy-turvy, with cash piling into both risk assets like equities and safe havens of the likes of U.S. Treasury bills. For perspective on this and why he thinks we're "walking through history," BNN Bloomberg spoke with David Rosenberg, chief economist and strategist at Gluskin Sheff + Associates.

Drop in the Bucket

“He’s only dipped into the deep well of the measures that could be used against China,” said Gary Hufbauer, a trade expert at the Peterson Institute for International Economics who was among the first analysts to identify the array of tariff measures Trump had available to him during the 2016 presidential campaign.

Trump could turn back to his favorite tool, tariffs, and double-down on his threat to impose import taxes on all remaining imports from China, or some $300 billion in annual trade, by raising the levies he last week vowed to impose Sept. 1 from 10% to 25%. At a time when Trump is focused on currency movements, the irony is that move would weaken the yuan, as it has before, thus undermining his efforts to talk down the dollar. Yet Trump has used currency swings as justification for tariffs before.

That’s far from the end of it.

A Commerce Department proposal that would allow companies to ask for targeted duties against imported Chinese products would benefit from this week’s Treasury designation of China as a currency manipulator and, if implemented, could see a flood of new cases seeking protection and retaliatory tariffs.

Beyond all that, Hufbauer argues the administration could raise further barriers to Chinese investment in the U.S. or target China’s energy supply by revoking waivers that allow Beijing to continue purchasing oil from Iran and Venezuela.

Trump has said an easing of restrictions on sales to China’s Huawei Technologies Co. that was part of a now-ended truce during a meeting with Chinese leader Xi Jinping in Japan at the end of June will still go ahead. But the White House is holding off on a decision about licenses for U.S. companies to restart business with Huawei after Beijing boycotted purchases of U.S. farming goods, according to people familiar with the matter.

Former and current administration officials also caution other export restrictions and policies targeting China that were on hold, or delayed as Trump pursued a deal, could be revived.

Among those is the proposed blacklisting of Chinese companies involved in surveillance operations in China’s western Xinjiang province, where authorities have conducted mass detentions of Muslim Chinese. 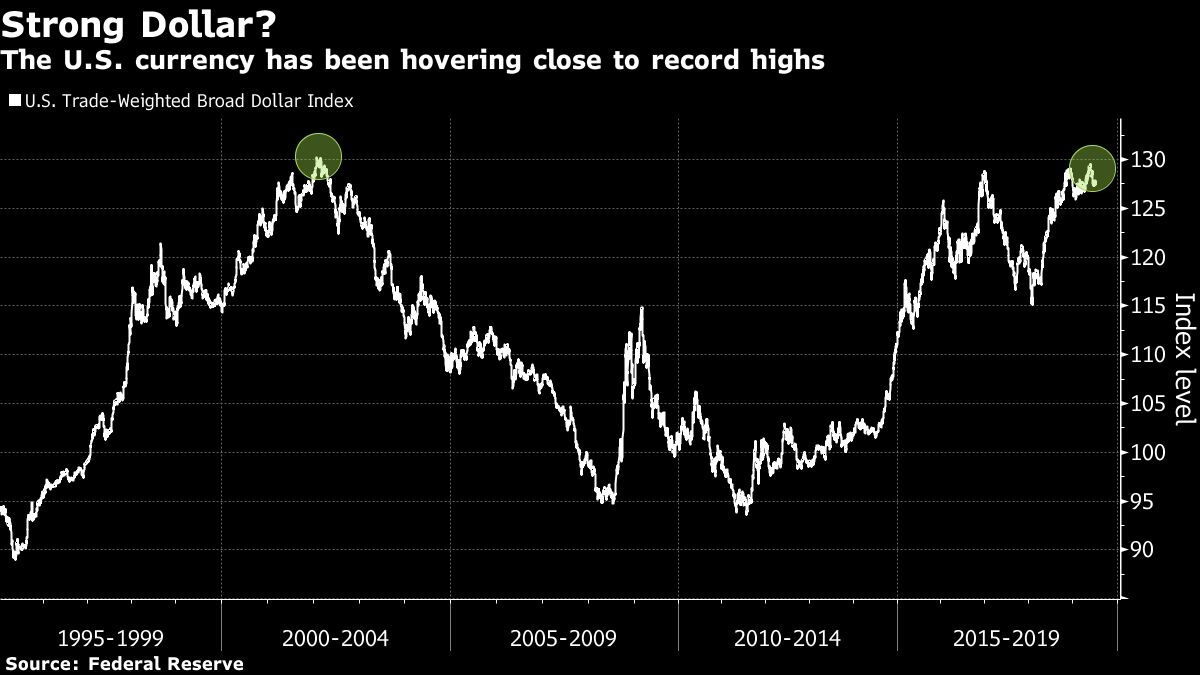 The Commerce Department has also been working on broader export restrictions on products from emerging industries such as robotics and artificial intelligence that would require special licenses to be exported to places like China.

The process to update the list of controlled technologies has been ongoing and likely will take until later this year to be finalized. American tech companies have been lobbying against a broad interpretation of national security or including wide categories such as semiconductor technology, arguing it could stymie U.S. research spending.

There are multiple bipartisan bills in Congress that Trump could back such as one introduced recently that would require the Fed to manage the dollar’s value to benefit American exporters and impose a tax on inbound capital as well as others that would deny Chinese firms access to U.S. equity markets. Also circulating is legislation that would shut off Huawei and fellow Chinese telecoms equipment maker ZTE Corp. entirely from U.S. suppliers.

Michael Pillsbury, an occasional adviser to the Trump administration, insists that while Trump “has more guns” he also has a more pragmatic view of China than his aides and is still eager to cut a deal. “The key is to get the message to Xi, and not with a blunderbuss,” Pillsbury said.

Pillsbury argued staging a deal to package up things like greater access to China for U.S. investment firms and purchases of U.S. farm products in exchange for some easing of tariffs at first would make sense for both China and Trump. That could leave difficult topics such as a U.S. push for a reduction in Chinese industrial subsidies and other economic reforms off the table for now.

But some other people close to the administration see that as risky. Such a move could draw Trump into a bad short-term deal with China, they say. A more likely scenario may be Trump pausing his assault on China once tariffs are in place on all Chinese imports and offering businesses at least certainty over the landscape rather than focusing on a deal.

Then again, those people say, a lot could still depend on markets. A thousand point drop in the Dow Jones Industrial Average may not sway the president, but a 5,000-point move could.

That the U.S.-China relationship is at its lowest point since Trump took office has created a window for his hawkish advisers to push for a more aggressive approach. The only thing in their way is their own lack of coordination, according to Derek Scissors, a China expert at the American Enterprise Institute who has advised the administration.

“The president is upset with China,” he said. “The door is open for critics of China to take a whole number of actions and they’re completely disorganized and have no sense of priorities.”