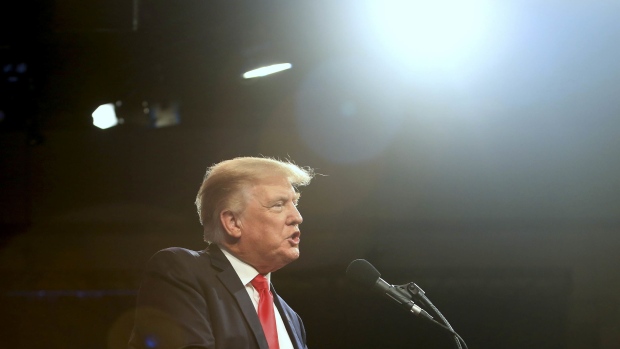 (Bloomberg) -- Donald Trump overwhelmingly won the 2024 presidential straw poll at the Conservative Political Action Conference, which showed the extent of the former president’s dominance over the Republican Party.

Trump had an approval rating of 98% and was the choice of 70% of CPAC attendees in the straw poll among potential Republican candidates taken during the three-day gathering in Dallas. Florida Governor Ron DeSantis was a distant second at 21%.

Trump increased his support from the straw poll conducted at CPAC’s event in Florida in February, where he had 55% backing followed by DeSantis at 21%.

The former president has held out the prospect he could run again for the White House. In an interview on Maria Bartiromo’s “Sunday Morning Futures,” Trump told the Fox News anchor he knows his answer about another White House bid but can’t reveal it because of campaign finance rules for declared candidates.

Trump received a rousing response to his keynote address to close CPAC on Sunday from the 4,000 attendees, with chants of “four more years.” Speaker after speaker during the conference paid homage to the former president and peppered their remarks with references to him.

“His policies will live on forever. He has taught America to stand up and fight for this nation,” Texas Lieutenant Governor Dan Patrick said in his speech on Friday. He ended his remarks with “in 2024, Trumpism will rise again.”