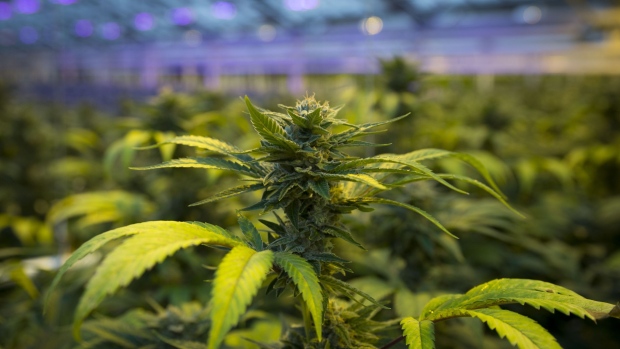 Canadian and U.S. marijuana stocks are riding high on news that President Donald Trump will support congressional efforts to protect states that have legalized cannabis, which is illegal south of the border under federal law.

Liberty Health Sciences, which has interests in U.S. states where the drug is legal and in which Aphria has a stake, saw its shares rise more than 19 per cent to close at $0.99 on the CSE.

While several states have legalized cannabis for medical or recreational use, marijuana remains an illegal schedule 1 drug under U.S. federal law.

And in January, U.S. Attorney General Jeff Sessions rescinded an Obama-era memo which suggested that the federal government would not intervene in states where the drug is legal and said it would be up to federal prosecutors to decide how aggressively to enforce the law.

But earlier today, Colorado Senator Cory Gardner said he received a commitment from Trump that the memo's recission would not impact Colorado's legal marijuana industry, ending a standoff with the U.S. Department of Justice.

In response to Sessions' recission of the Cole Memorandum, Gardner had placed a hold on all Department of Justice nominees until he received a commitment that Colorado's rights would not be infringed.

"President Trump has assured me that he will support a federalism-based legislative solution to fix this states' rights issue once and for all," Gardner said in a statement. "Because of these commitments, I have informed the Administration that I will be lifting my remaining holds on Department of Justice nominees."

"This is consistent with our thesis and excellent for U.S. cannabis operators," he said in a note to clients.

"Given how much larger the U.S. cannabis market is in comparison to Canada or any other country this development is potentially game-changing for industry participants," he said in an emailed statement. "As one of the largest licensed operators of cannabis in the state of California, we expect this change of direction to significantly clarify things in state-legal markets."