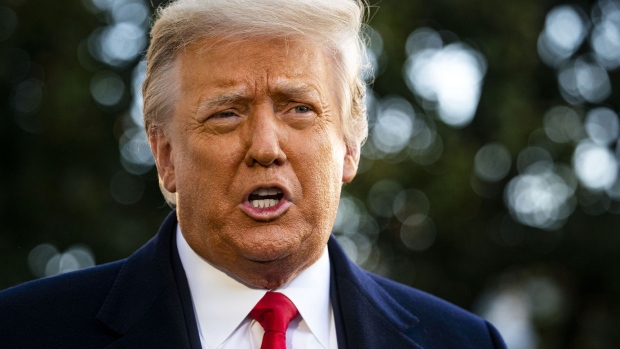 (Bloomberg) -- Less than 24 hours after filing suit against CNN, former President Donald Trump is asking his supporters to donate to his cause.

“I am SUING the Corrupt News Network (CNN) for DEFAMING and SLANDERING my name,” the potential 2024 presidential candidate said in a fund raising email Tuesday that encouraged supporters to contribute $5 or more. “Remember, when they come after ME, they are really coming after YOU.”

Trump, 76, sued CNN on Monday in federal court in Fort Lauderdale, Florida, seeking $475 million for alleged reports that compared him to Adolf Hitler and accused him of being racist. CNN has often been target of the former president and his supporters.

Trump’s recent legal efforts have gotten mixed results. He won a case in Florida seeking a special master to review materials seized by authorities in a search of Mar-a-Lago. But his suit against New York Attorney General Letitia James, seeking to derail her probe of his company, was dismissed, as was a lawsuit accusing Hillary Clinton of a vast conspiracy against him.