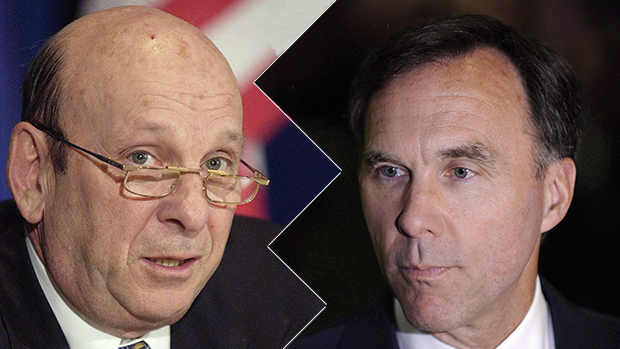 Billionaire Seymour Schulich – one of Canada’s most successful entrepreneurs and supporters of innovation – is chastising Finance Minister Bill Morneau over Ottawa’s proposed tax reform, saying it will lead to “Trump stealing our best” young talent.

In a blistering email sent directly to Morneau, Schulich blasted the plan to crack down on what Parliament Hill calls unfair advantages for high-income Canadians.

“At my old age I feel I may speak my mind. To see someone I truly admired commit political suicide is heart wrenching,” Schulich wrote in the email Thursday. “For an alleged $240 million (about 1% of what our governments mismanage annually) to make visceral enemies of our farmers, small businessmen, dentists, doctors, accountants, venture capitalists, etc.”

Morneau has been facing widespread opposition from those groups, with industry associations complaining the finance minister has painted them as tax cheats in his efforts to restrict income sprinkling, the conversion of dividend income into capital gains, and the use of small businesses as vehicles for passive investment.

Schulich warned that the changes as proposed will drive high-earning, high-potential Canadians abroad, including those groomed through the numerous scholarships Schulich provides.

That fear was echoed on Friday, when the finance minister got an earful from an angry crowd in Oakville, Ontario, during a town hall meeting.

“Our neighbours to the south are pursuing a Make America Great Again agenda,” one woman told Morneau. “And in Canada we’re pursuing a Punish Private Business agenda.”

Schulich also warned the tax plan could lead to political ruin for the federal Liberals, who have just crossed the midway point of Justin Trudeau’s first mandate and now face the Conservatives with their new party leader, Andrew Scheer.

“This new conservative leader will eviscerate (sic) our drama boy and you for years to come,” Schulich wrote. “Is this what you went into politics for???” 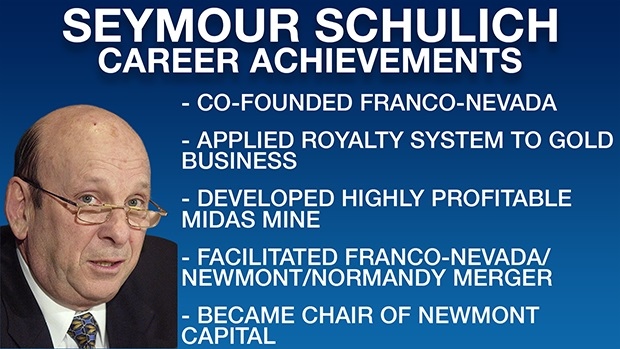 Morneau seemed unfazed when asked by BNN after the town hall meeting whether he was concerned about his political future.

“This is important work that we’re doing. We know that looking at how our system is working, looking at the advantages that have been generated over the last 15 years or so is really important. We know that for all Canadians, they want to have a system that creates incentives and opportunity. That’s what we’re working towards,” Morneau said.

“From my perspective, that’s exactly what I should be doing, and I think Canadians will respect the fact that those are rules that we promised we would get at, and now we’re doing that.”

Below is the full text of Schulich's email to Morneau: 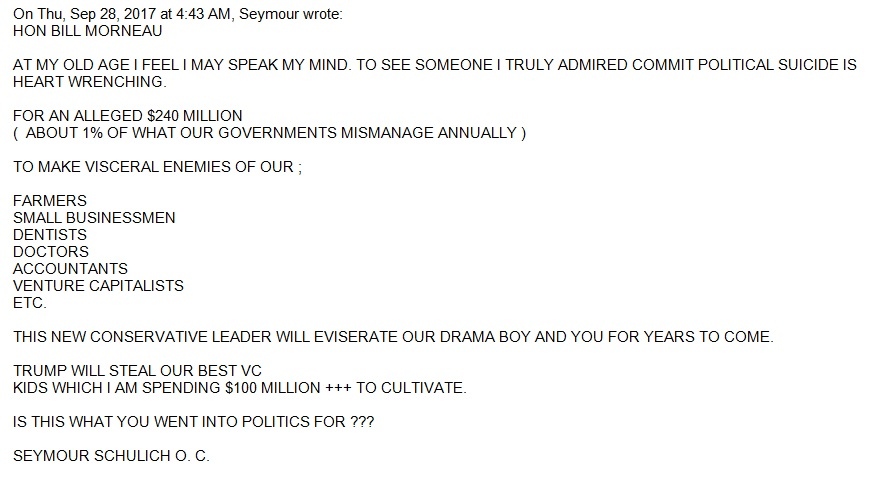