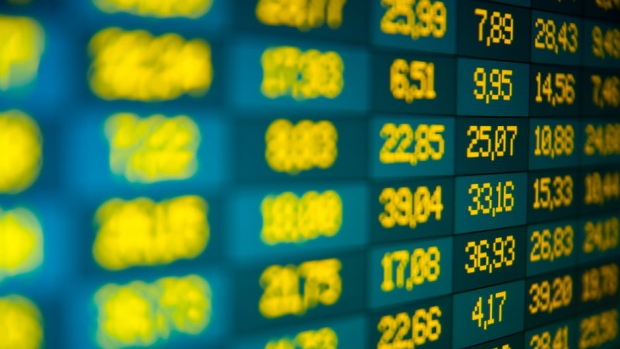 The decision to hold the rate steady took some market watchers by surprise, said Michael Currie, vice-president and investment adviser at TD Wealth.

"The big story is that they obviously held the line on interest rates. They indicated that there was likely no interest rate cuts in 2019, that surprised a few people."

Despite some indications of no imminent rate cut, the market is betting there's an 82 per cent chance of a rate cut in July and a 60 per cent chance in December, said Currie.

"The Fed's saying one thing, the market's definitely saying the other thing."

There has, however, certainly been a change in tone from the Fed, he said.

"They're definitely at least thinking, or considering cutting rates, whereas in the past they hadn't really said that."

Information technology saw the biggest index gains on the TSX at 1.92 per cent, pushed up in part by Shopify's 6.8 per cent gain after it announced it had launched a fulfilment network.

Oil dropped on OPEC uncertainty, despite news from the U.S. of higher than expected crude inventories and gasoline demand, said Currie.

"The news seems to be all about OPEC, whether they can get their act together. They announced they were having a meeting in July, but they've still got Saudi Arabia, Iraq and the Emirates on one side, everybody else is on the other side."

The Canadian dollar traded at an average of 74.95 cents US, up from 74.66 cents US on Tuesday after Statistics Canada said the consumer price index rose 2.4 per cent in May compared with a year ago.

The higher-than-expected inflation rate could make it harder for the Bank of Canada to cut rates.

"We know the U.S. of course wants to lower rates. Canada probably wants to do the same, but if you're seeing an uptick in inflation it puts a lot of pressure on them to keep rates the same," said Currie.