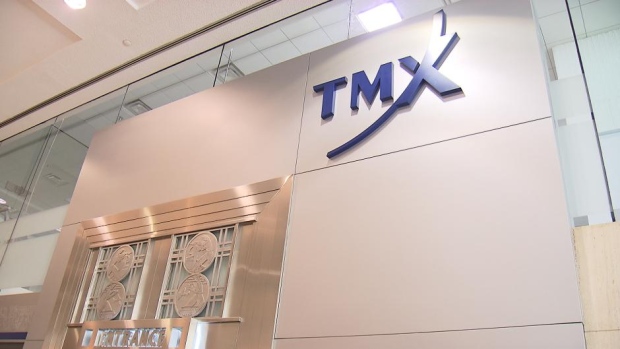 Canada's main stock index slipped on the last trading day of 2017 as some energy and mining stocks pulled back, but the index notched a six per cent gain for the year, underperforming the three main U.S. indexes as its large energy component dragged.

The Toronto Stock Exchange's S&P/TSX composite index ended down 12.82 points, or 0.08 per cent, at 16,209.13 on Friday. Eight of the 10 main sectors were in negative territory, while advancers outnumbered decliners by 1.3-to-1 overall.

The index's slip was offset by gains for banks and gold miners, while base metal miners and energy names weighed.

The index's six per cent rise in 2017 compared with gains of between 19 and 28 per cent for Wall Street's S&P 500, Dow Jones Industrial Average and Nasdaq Composite.

The energy group lost almost 13 per cent this year, even as U.S. crude oil prices rose 12 per cent, while materials were up six per cent and financials added nine per cent. The three groups account for almost two-thirds of the index's weight.

Marijuana producer Aphria Inc (APH.TO) gained 3.9 per cent on the day to $18.70. Aphria and other cannabis stocks have made sharp gains this year as Canada heads toward legalization of recreational marijuana use in 2018.

The materials group, which includes precious and base metals miners and fertilizer companies, lost 0.2 per cent.

The energy group retreated 0.2 per cent, while financials were flat overall and bank gains were offset by insurer losses.