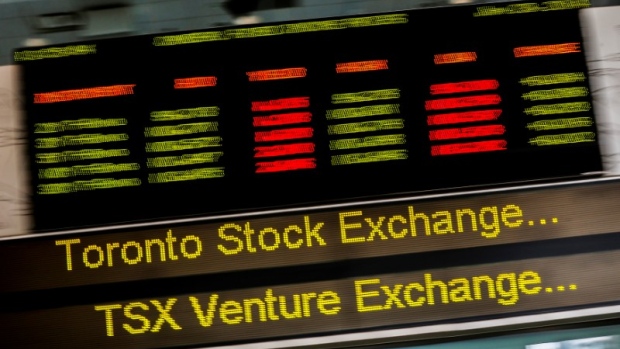 Canada's main stock index rose on Wednesday to a record high as a recent rally in commodity prices boosted the energy and materials sectors, while healthcare gained more than six per cent as shares of marijuana companies jumped.

The price of U.S. crude oil settled 0.6 per cent lower at US$59.64 a barrel. But it had touched a 2-1/2-year high in the previous session when the TSX was closed for the Boxing Day holiday.

The materials group, which includes precious and base metals miners and fertilizer companies, added 0.9 per cent.

Aurora Cannabis (ACB.TO) gained 11.1 per cent and CanniMed Therapeutics (CMED.TO) rose nearly four per cent, while Canopy Growth Co. (WEED.TO) was the largest percentage gainer on the TSX. It surged 20.1 per cent to $27.77.

The largest decliner on the index was Centerra Gold (CG.TO), which plunged 10.3 per cent to $6.50 after the company said mill processing operations at the Mount Milligan Mine in British Columbia have been temporarily suspended due to lack of sufficient water resources.

The heavyweight financials group fell 0.3 per cent and technology shares declined 0.6 per cent.

The index was posting nine new 52-week highs and one new low.