Canadian stocks plunged, playing catchup to the rout in global markets after a technical glitch closed the main exchange two hours early in the midst of Thursday’s meltdown.

The S&P/TSX Composite Index last traded at 16,200.33, down almost five per cent from the closing price for Thursday listed on the TMX website. While it’s possible the closure of some Canadian markets has interfered with calculations of the day-to-day change in the index’s value, the gauge is well below levels when the shutdown occurred and is trading about 6.7 per cent below its last price Wednesday.

The materials index took the biggest hit as companies linked to the global economy slumped and gold tumbled on profit taking.

Canadian stocks had been holding up fairly well at the start of the virus outbreak which is now battering stocks but with the economic impact of the virus spreading, the nation’s markets has crumpled.

“Our concern is that the disruption of the supply chain doesn’t just get switched on again,” Jay Jacobs, head of research and strategy at Global X Management said in an interview at Bloomberg’s Toronto office. It can take weeks to get back on track and that’s why the coronavirus is especially detrimental to the miners and resource companies that populate Canadian exchanges.

Toronto followed other global markets down with U.S. equities posting their seventh straight loss and investors rushing into the safety of government bond markets. Canada’s 10-year government bond yield declined as much as 8.9 in basis points to 1.057 per cent, the lowest since October 2016, according to data compiled by Bloomberg. The 30-year part of the curve, is diving further into record low territory, reaching as low as 1.251 per cent.

The Toronto Stock Exchange said Thursday’s interruption was caused by a system capacity issue within the messaging technology component of TMX Group Ltd.’s trading engine. The high volume of messages received — such as buy and sell orders, and requests to modify orders were at the root of the issue, the company said in an emailed statement. 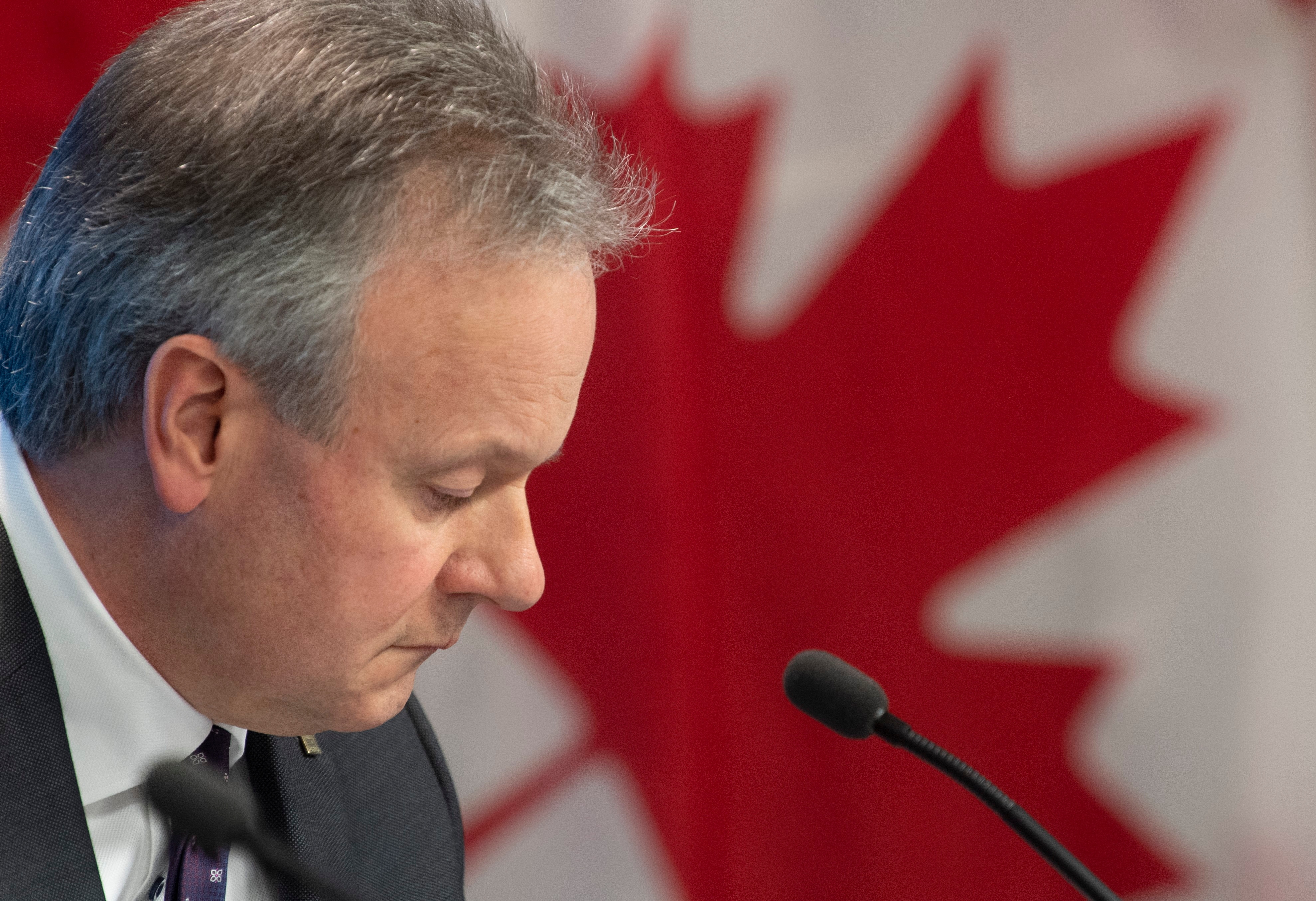 What do you think the Bank of Canada should do Wednesday?

“We saw orders levels of 190 million where an average day it might have been 90 million,” he said on BNN Bloomberg. “That led to some challenges in the system that we are still working through in terms of diagnosing what they mean for the long term.”

The company added more capacity and monitoring capabilities so that it could be on top of order-flow Friday, McKenzie said.

Some said the halt was unacceptable.

“The moves were just incredible, but of course Canadian investors didn’t get to see the moves at the end of the day because once again the TMX Group disgraced our country,” said Andrew McCreath chief investment officer at Toronto-based Forge First Asset Management said on BNN Bloomberg TV.

The halt came in the midst of a week-long dive in global markets as anxiety over the spread of the coronavirus weighs on equities. Heavy selling may have contributed to the technical problem.

In the first three days of the week, investors traded an average of 305 million shares a day in TSX Composite stocks, according to Bloomberg data. That was 41 per cent higher than the average daily volume in the three months ended Feb. 26.