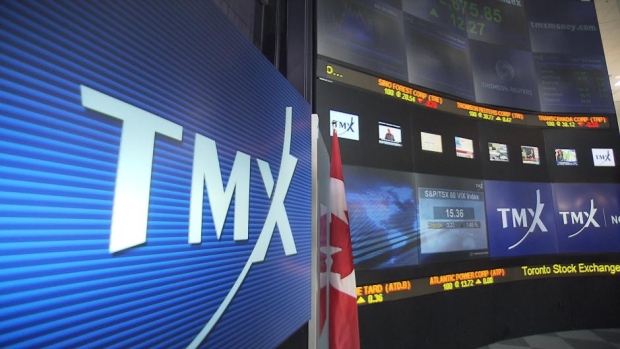 Oil and gas companies, which account for about 20 per cent of the index's weight, rallied 1.7 per cent as crude prices closed at the highest level in more than two years.

"Year-to-date, energy is the worst performing sector by a long shot," said Manash Goswami, a portfolio manager at First Asset Investment Management Inc. The group has fallen about 12 per cent this year. "People are a little bit more confident with crude prices. It seems the fundamental background for oil is more constructive now."

Half of the index's 10 primary sectors rose.

"If energy reverses their first-half of the year performance or claws some of it back...you can see this rally continuing," said Goswami, adding that investors are also seeing a positive growth trend based on quarterly results so far.

Valeant Pharmaceuticals Inc (VRX.TO) was up three per cent to $15.07 after it said it will cut its debt by an additional US$125 million, exceeding its previously stated goal of US$5 billion, and months ahead of schedule.

Consumer discretionaries added 0.5 per cent, with Shaw Communications Inc (SJRb.TO) up 1.7 per cent at $29.46.

On the downside, Shopify Inc (SHOP.TO) slumped 8.5 per cent to $128.26 despite posting strong quarterly results. Investors expressed disappointment it did not do more to address short-seller Citron Research's concerns.

The technology sector lost 1.7 per cent.

The materials group, home to mining companies, lost 0.4 per cent, in tandem with weaker bullion prices.