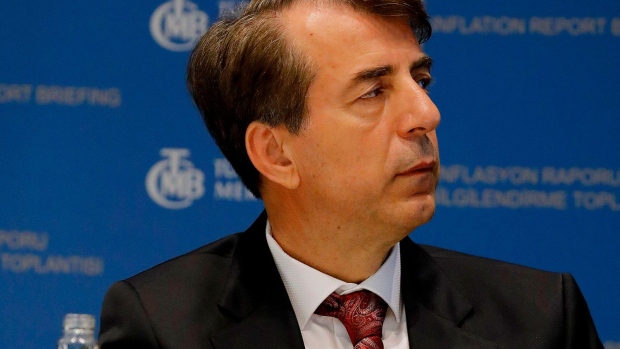 (Bloomberg) -- A member of Turkey’s monetary policy decision-making body could not attend last week’s rate-setting meeting which unexpectedly cut rates because he tested positive for Covid-19, according to people with direct knowledge of the matter.

Abdullah Yavas, who has been a member of the Turkish central bank’s Monetary Policy Committee since 2008, skipped the Thursday meeting after contracting the virus in the United States, where he resides, the people said, asking not to be identified as the information is not public. Yavas couldn’t attend the meeting even virtually, the people said.

The central bank declined to comment. Meeting attendance is closely watched by the market, especially in this case, where the bank made the surprise decision to lower the benchmark by 100 basis points to 18%. Its rate-setting committee is headed by the governor and consists of seven members who vote by a show of hands.