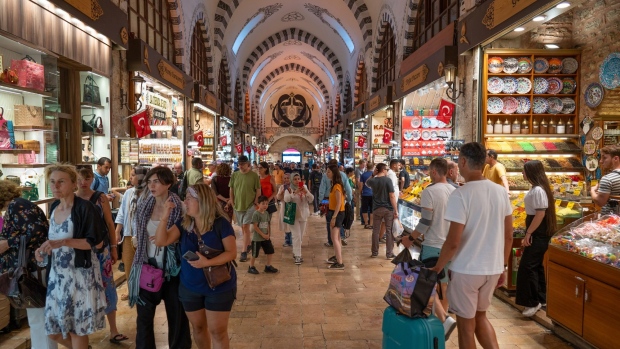 The monthly net minimum salary will be raised by 29% to 5,500 liras ($328), Erdogan said Friday in Istanbul in a televised speech, citing high inflation and the depreciation of the local currency.

Consumer inflation is the fastest in nearly a quarter century and now on track to reach an annual 80%, threatening Erdogan’s appeal ahead of elections scheduled for next June. Fanned in part by high global energy and food prices, the run-up in costs has eaten into disposable income.

More than 40% of all workers in Turkey earn the minimum wage, according to the country’s Social Security Institution. Turkey raised its minimum wage by a record 50.5% in January.

Erdogan expects inflation to ease to “reasonable levels” at the start of next year and has sought patience from citizens.