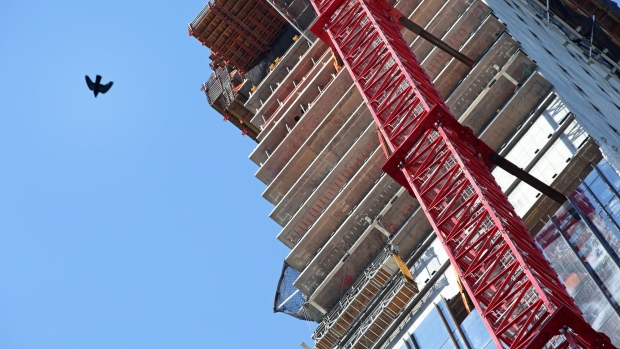 Turkish developer Nef is in joint venture to invest about $2.2 billion to build affordable housing across the US where the pandemic has fueled a housing crunch.

The partnership, in which Nef holds 90% and Workforce Housing the rest, will initially develop 2,200 units -- including apartments and 800 student dormitories -- in Miami where demand for housing is high, Timur said in an interview in Istanbul. It then plans to build a further 3,800 units across the US next year.

“We are focusing on areas in the US where there is a severe housing shortage,” he said. “Miami looks perfect for rental housing, as well as Austin in Texas.” It also plans to invest in Brooklyn, New York and downtown Los Angeles.

Decades of underbuilding have led to soaring prices and the biggest deficit of homes in the US. The shortage has taken on added urgency this year as rising rents contribute to the fastest inflation in decades and the pandemic exacerbated supply challenges. All together, the country needed almost 3.8 million homes in 2019, according to research by industry group Up for Growth.

The US has long attracted interest from the Middle East. The region’s sovereign wealth funds have been building their portfolio of US property, while Investcorp, the region’s largest alternative asset management firm, bought over 200 properties worth about $2.5 billion in the US last year.

There is “a housing crisis in America, especially in Miami, Southern California and major markets in Texas,” Jason Talbot, managing partner of Workforce Housing, said in the same interview in Istanbul. A spike in rental prices, significant domestic migration and “incredibly low vacancy rates have created a tremendous opportunity for developers” in those areas, he said.

Greater Miami, with a population of 6 million, is attracting real estate investments as crypto investors, hedge fund managers and lawyers relocate from other areas of the US, fueling demand for property after the Covid-19 pandemic. Ken Griffin recently moved his family and financial empire to Miami from Chicago.

“Post-Covid Miami is a much different place,” said Talbot. There’s a “huge influx of technology, finance and generally speaking a huge migration of domestic money and wealth domiciling in the state, which in turn creates a more diverse resilient local economy.”

The joint venture will build condos in the Goulds and Perrine districts of Miami Beach, which are expected to rent for about $1,900 a month. This compares with the average rental price of $2,520 for one-bedroom condos, which have jumped 34% year on year, according to Zumper Inc.

It will also develop dormitories in the Novu project close to Florida International University.

The partnership plans to initially provide 25% to 35% of investments from its own equity and borrow the remainder from banks, Timur said. Proceeds from rental income will then help finance future housing projects, he said.

Timur is eventually considering an initial public offering of Nef’s holding company, which includes technology and land marketing units in the US or Europe. “We can consider this in 2025 or 2026,” he said.

Nef, formally known as Timur Gayrimenkul Gelistirme Yapi Ve Yatirim AS, has already constructed almost 15,000 units in Turkey, New York, the UK and Kazakhstan. Workforce Housing Partners has been active in Florida since 2010.