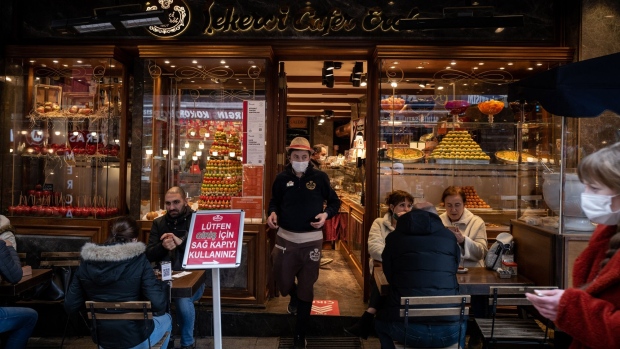 Customers outside a cafe in the Kadikoy district of Istanbul, Turkey, on Tuesday, March 16, 2021. Burger King’s biggest franchisee, TFI TAB Food Investments, is exploring options including an initial public offering in Istanbul, according to people with knowledge of the matter. , Bloomberg

Turkish inflation accelerated for a second month in July driven by food and energy costs, reducing the likelihood of a summer interest-rate cut sought by the president.