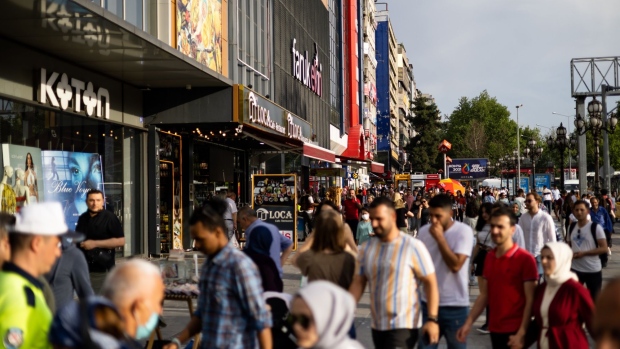 Pedestrians in a shopping zone in the Kizilay district of Ankara, Turkey, on Tuesday, May 31, 2022. Turkey’s inflation soared in May to the fastest since 1998 as it came under more pressure from the rising cost of food and energy while ultra-loose monetary policy contributed to currency weakness. , Bloomberg

Consumer prices rose an annual 78.62% through last month, up from 73.5% in May, Turkey’s statistics agency, or Turkstat, said Monday. The median estimate in a Bloomberg survey of 17 analysts was for 79.95%.

Monthly inflation was 4.95%, compared with the median estimate of 5.73% in a separate survey.

Below are some of the highlights of the inflation report: