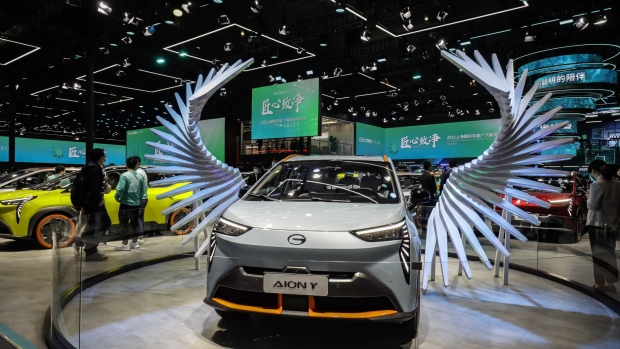 (Bloomberg) -- Workers at the biggest state-owned automaker in China’s Guangdong province have been urged to turn off lights and open windows rather than use air-conditioning, as the nation battles power shortages.

Guangzhou Automobile Group Co.’s new-energy vehicle making arm, GAC Aion, also asked staff to switch off computer monitors, printers and other equipment when not in use, and reduce power consumption not directly related to production. If the air-con is used, it should be no lower than 28 degrees Celsius (82 degrees Fahrenheit), the company said in response to questions.

Why China Is Facing a Power Crunch and What It Means: QuickTake

The nationwide power shortages mirror tight energy supplies in Europe and elsewhere that have roiled commodity markets. The economic rebound after Covid lockdowns has boosted demand, while lower investment by miners and drillers has constrained production. But the crisis in China is partially due to its own environmental agenda of de-carbonizing the economy and discouraging the burning of coal, a cheap energy source that subsidized its economic growth for decades.