John Chen gets five-year extension to oversee turnaround at BlackBerry

Since joining BlackBerry (BB.TO, BB.N) in November 2013, executive chairman and CEO John Chen has taken a number of steps to turn around the smartphone pioneer that was looking to sell itself just a few years ago.

The Waterloo, Ont.-based company announced Thursday it is extending Chen’s contract for another five years as he drives his overhaul plans forward.

Here’s a look at some of the biggest milestones during Chen’s tenure:

After exploring its strategic options – including a possible sale of the company - and sales of its BlackBerry 10 handsets failed to lift the company, CEO Thorsten Heins is ousted. Chen – a Silicon Valley veteran executive known for his turnaround success at software firm Sybase – is named executive chairman and interim CEO to replace Heins.

September and December 2014 – The Passport and Classic

Months after launching its square-screen Passport smartphone, BlackBerry unveils the Classic with a physical keyboard that harkened back to its much-loved Bold device. While the smartphones were launched as a bid to win back its core base of business professionals, Chen emphasized his overarching aim was to eventually pivot BlackBerry towards enterprise software and services.

BlackBerry launches its first device that does not use its own operating software. With the Priv slider phone, powered by Google’s Android, Chen said he hoped its millions of apps would quash the excuse that mobile users were deterred by the BlackBerry mobile platform’s limited number. 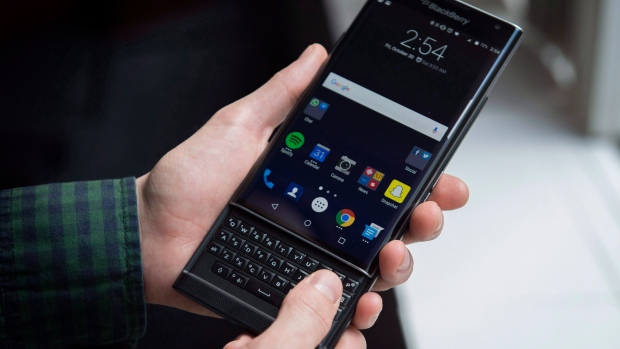 Despite early fanfare for the Classic, BlackBerry stops producing it just two years after launch. It unveils its thinnest Android smartphone, the DTEK50, with bolstered security measures including built-in malware protection. 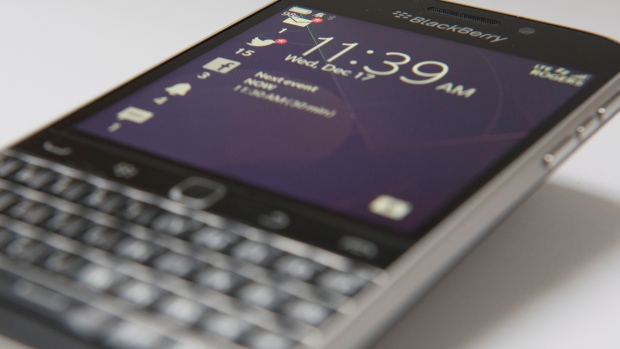 BlackBerry announces it will no longer make its own smartphones and outsource all of its hardware development going forward, as it focuses more on its growing software business.

Later in the month, Chen made his debut at the Detroit Auto Show, unveiling a new cybersecurity product, Jarvis, which aims to identify vulnerabilities in software used in driverless cars.