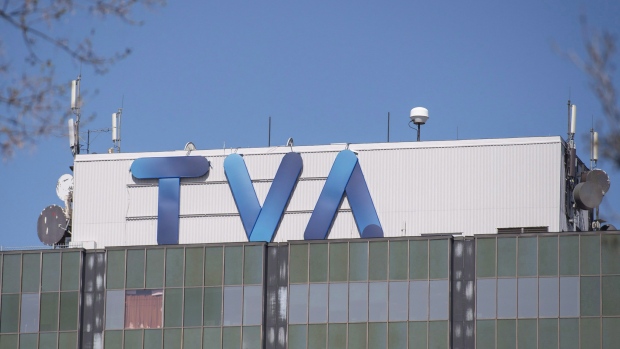 TVA Group headquarters are shown prior to the company's annual general meeting in Montreal, Tuesday, May 10, 2016. , The Canadian Press

MONTREAL - TVA Group is cutting 68 positions as it looks to reduce operating expenses.

The company blamed what it called "numerous" unfair practices that have undermined the television industry.

TVA called for changes to help modernize the system, including changes to subscription fees for specialty channels and a refocusing of CBC/Radio-Canada's mandate to make its programming complementary to the private broadcasters.

The company also says sales tax and income tax should apply to Netflix and other businesses, foreign and domestic, physical and virtual.

Quebecor, TVA's corporate parent, was embroiled in a dispute with Bell earlier this year over the royalties paid to specialty channels.

The company criticized Bell for not paying it royalties that reflect the fair value of its specialty channels, especially TVA Sports.