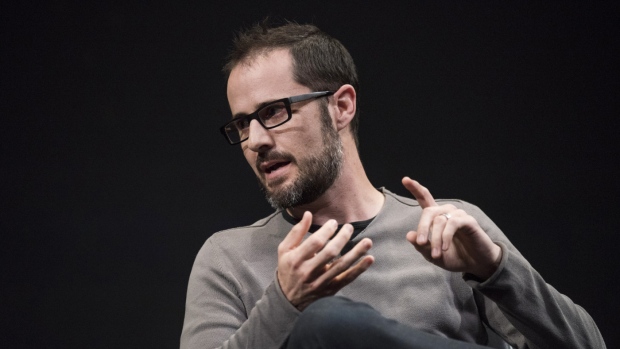 Twitter Inc. co-founder Evan Williams will step down from the company’s board at the end of February.

“It’s been an incredible 13 years, and I’m proud of what Twitter has accomplished during my time with the company,” Williams, 46, now chief executive office of web publisher Medium Corp., said Friday in a company filing.

Williams, Jack Dorsey and Biz Stone started the San Francisco-based social media company in 2006 that is known for its original 140-character limit on messages. He served in various roles, including chief executive officer, chief product officer and chairman before giving up day-to-day responsibilities in late 2010. He started Medium in 2012. Twitter went public in 2013.

Williams, in a tweet, thanked Dorsey and Stone for “starting this crazy company with me -- and continuing to make it better and better.”

The company has suffered from comparisons with Facebook Inc., and at about 321 million monthly average users, has far fewer users than the social-media giant. Dorsey, who had left the company, returned as chief executive officer in 2015. To regain the backing of investors, he has focused on turning Twitter into a destination for live conversation and events. Dorsey has also prioritized improving the quality of conversation on the service and making it easier to use.

Donald Trump’s presidency has heightened Twitter’s global relevance, as users turn to the platform to read his thoughts and missives. Trump’s use of the service has spurred more criticism of the company, with some saying the president has been allowed to make abusive and disparaging remarks -- without penalty -- that violate the platform’s terms of service.

Twitter also has been plagued by hate speech, harassment, fake accounts and the spread of false news. The service, along with Facebook and Google’s YouTube, was manipulated by Russian operatives who disseminated misinformation during the 2016 presidential election.

Williams has apologized previously for Twitter’s potential role in helping Trump get elected, adding that the election results underscored his concern that social-media platforms are helping to “dumb the entire world down.”