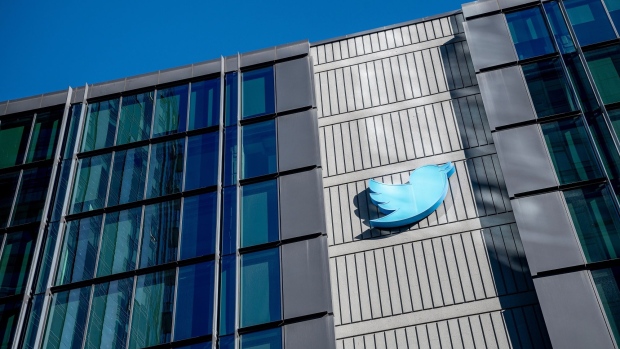 (Bloomberg) -- Twitter Inc. is facing new legal fallout from mass layoffs under Elon Musk’s management, including complaints from some workers that severance payments are less than promised and from other employees that the company retaliated against them for exercising protected labor rights.

The latest legal actions follow a class-action lawsuit filed when the layoffs first began in early November which accused the company of failing to give enough notice to hundreds of employees facing termination.

A Los Angeles lawyer on Monday said she has filed individual arbitration claims on behalf of three employees who claim the company hasn’t committed to paying them the severance they were promised before Musk acquired it.

Lisa Bloom, the lawyer for the employees, said she’s prepared to bring hundreds more such complaints on behalf of Twitter employees and contractors. Unlike lawsuits that are filed and fought over publicly, arbitrations are handled in a closed-door process.

The company was also named in two complaints to the National Labor Relations Board.

In one labor board case, Twitter is accused of terminating an employees in retaliation for an unsuccessful effort with other workers to organize a strike.

The strike was planned for Nov. 17 but never took place, according to the Dec. 1 complaint, because employees were deterred by an email sent by Musk telling them to commit to being “extremely hardcore” if they wanted to keep their jobs.

Another employee complained to the labor board of being placed on administrative leave in retaliation for participating in a lawsuit and for suggesting to coworkers that they protest the company’s return-to-office policy.

Both of the labor board complaints were filed by attorney Shannon Liss-Riordan, who has filed at least one other complaint with the agency last month and also is spearheading the class action against Twitter in court. A hearing in that case in set for Thursday in San Francisco federal court.

Bloom announced the arbitration complaints at a press conference, live-streamed on Twitter, alongside the three former employees she represents.

They said they were promised in May and October that their severance packages would remain intact through Musk’s acquisition. Twitter made the pledge to maintain workplace stability amid the turbulence of Musk’s on-and-off-again deal negotiations to take over the social media platform, they said.

The former workers are being paid until Jan. 4, Bloom said. But she said there is a “complete lack of clarity” from Twitter about whether they’ll continue to get that pay if they get a new job, and whether it’s considered part of their severance.

The termination of some workers during their pregnancy or parental leaves may be a violation of civil rights laws, Bloom said. She said she’s trying to enforce severance agreements that entitled Twitter employees to a prorated bonus and stock vesting up to three months after their final day at the company.

“For Twitter workers, as for many tech workers, the bonuses and the stock are a significant part of their compensation,” Bloom said. “That’s what they’re being deprived of. That’s what was promised to keep them during this period of turmoil.”

The lawyer also said many Twitter employees were “tricked” into signing waivers precluding them from filing or joining class actions aimed at enforcing contracts and labor laws in open court.