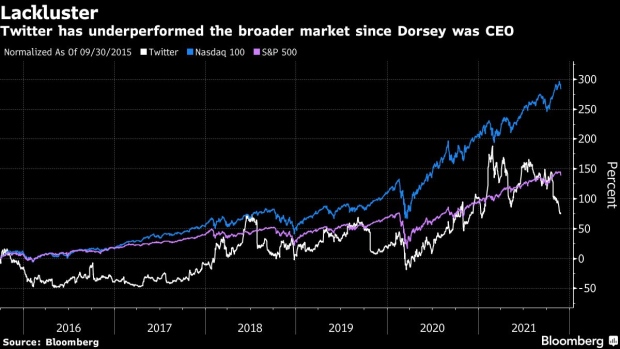 (Bloomberg) -- Twitter Inc. shares soared as much as 11% Monday on reports that its Chief Executive Jack Dorsey was stepping down after six years at the helm, a period in which the microblogging platform’s stock heavily lagged the broader Nasdaq 100 Index.

Dorsey, 45, is also the head of payments company Square Inc. and has been taking an increasing interest in cryptocurrencies recently. Square’s stock market performance has been far better than Twitter, with the shares jumping almost 23-fold since its initial public offering in 2015.