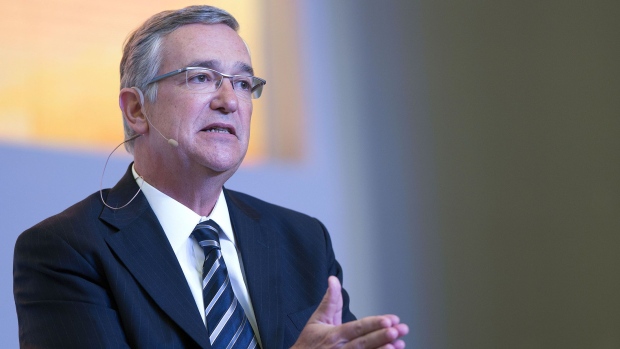 Twitter confirmed the account was blocked but when contacted by Bloomberg News, but didn’t say what specifically sparked the action. Recent tweets by Salinas that called for a meme contest mocking a handful of Mexican media personalities have been deleted.

Salinas is considered a potential buyer of Citigroup Inc.’s retail-banking operation in Mexico. He said he’s asked his team to look into acquiring the business, known as Citibanamex, while President Andres Manuel Lopez Obrador named him as a possible buyer that would help keep the business “Mexicanized.”

There are groups of people “who got organized and denounced my last publication as if it were selective harassment,” Salinas said in an Instagram post from a verified account. “I’ll be on Facebook, on Instagram and TikTok reading you and chatting with you while I resolve the issue on Twitter. I’ll be back.”

In an image posted by Salinas on Instagram, a message from Twitter is seen saying that users can’t “participate in harassment directed at a person or incite others to do so. This includes wishing or hoping that someone suffers physical harm.”

Salinas’s holdings are worth $13.5 billion, according to the Bloomberg Billionaires Index. He’s the chairman of Banco Azteca, a bank, and Grupo Elektra, a retailer that operates throughout Latin America. He’s also chairman of TV Azteca, which is Mexico’s second-largest television network. He recently recovered from his second bout of Covid.

A spokesperson for Salinas referred Bloomberg to his recent posts on social media.