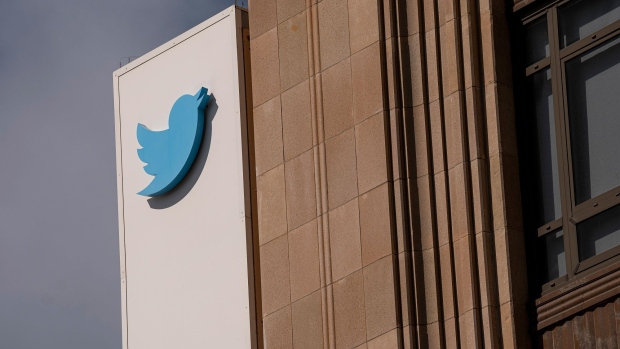 (Bloomberg) -- Twitter Inc. said it ended a policy designed to suppress false or misleading information about Covid-19, part of Elon Musk’s polarizing mission to remake the social network as a place for unmoderated speech.

By discarding the Covid rule, the company will no longer apply labels to posts containing falsehoods about the disease or provide supplemental corrective information as it did before. It will apparently no longer remove inaccurate tweets or ban accounts either.

The company disclosed the change in a note added to a page on its website outlining the old Covid policy. It says Twitter stopped enforcing the rule on Nov. 23.

Over 11,000 accounts had been suspended and over 97,000 pieces of misleading content had been removed from the time Twitter introduced the Covid policy in January 2020 to when it ended last week, according to data on Twitter’s website.

Twitter has received frequent criticism for its lack of action against disinformation and misinformation over the last decade. The critiques were heightened during the presidency of Donald Trump due to his controversial and prolific tweeting, including ones that violated Twitter’s policies on coronavirus misinformation. Musk moved to reinstate Trump’s Twitter account this month, though the former president has yet to post from it.