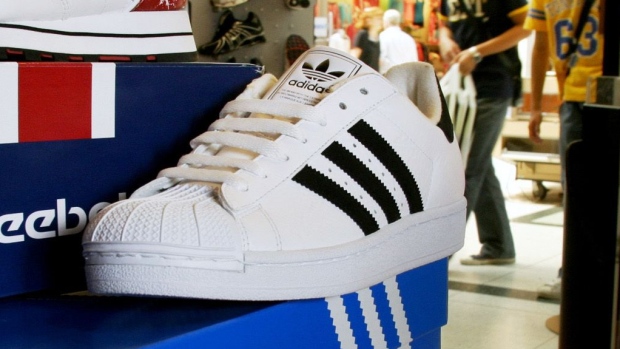 Two major Adidas AG shareholders criticized the selection of the new chairman of the sportswear company’s supervisory board, saying he already has a full-time job leading another company.

Shareholders have also raised concerns about Bodo Uebber, who joined Adidas’s supervisory board last year. He’s a member of two boards affiliated with Bertelsmann -- as well as a partner in a third entity connected with that business. That creates the possibility of conflicts of interest between Uebber and Rabe, said Ingo Speich, head of corporate governance for Deka Investment in Frankfurt.

On Tuesday, Deka plans to vote against absolving Adidas’s supervisory board of responsibility for its actions last year, a rare rebuke in corporate Germany from a major shareholder.

The new 16-member supervisory board would include four people who are CEOs of other companies. “It’s questionable if these people have enough time” for the Adidas board, Speich said in a statement, “or if the work there will be a minor matter.”

While saying that some progress has been made on promoting diversity, the investors both called for more concrete plans. Still, both plan to vote in support of Rorsted’s team.

That contrasts with the recommendation of influential advisory group Glass Lewis & Co., which called for shareholders to withhold support for the executive team, while backing the supervisory board. High-profile problems with diversity matters could cause Adidas to lose customers and talented workers, Glass Lewis said.

“Adidas condemns discrimination in all forms,” the company said in a statement on the Glass Lewis recommendations. “Over the last few months, our executive board has acted decisively in taking action to create a diverse and inclusive workplace and fight racism.”

On Thursday, Rorsted said that he’s engaged in listening sessions with employees around the world since assuming leadership of human resources in recent weeks and has heard about some workers’ discomfort with Adidas’s handling of diversity matters. The CEO pledged to fix the situation.

Rorsted’s messaging has won him praise from some quarters.

The company is “moving in the right direction with diversity,” John Kernan, a New York-based analyst with Cowen, said in an email.