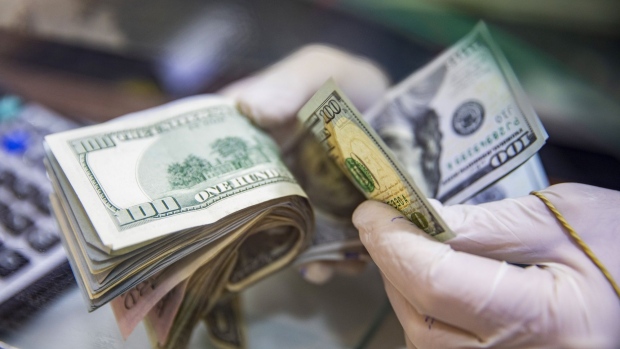 (Bloomberg) -- Only one in three Americans can comfortably cover a $400 emergency expense, according to new survey data from Suze Orman’s emergency savings startup as the personal finance expert warns of broadening financial insecurity.

That number reflects the share of people who wouldn’t have to tap credit cards or take out a loan for an unexpected $400 cost, based on online polling of around 1,100 American adults on behalf of SecureSave.

The November 2022 statistic, albeit resulting from a slightly different question, sharply contrasts the 68% of respondents to a Federal Reserve survey conducted a year prior who said they would finance a $400 emergency with cash rather than borrowing or other financing options.

At that time, many US households were benefitting from savings built up through pandemic stimulus money and foregone spending as they hunkered down to avoid Covid-19.

Now, the situation is reversed for millions of lower and middle-income families living on the brink, Orman said, with many forced to carry balances on credit cards with growing interest rates as others are priced out of apartments or facing repossession of their cars.

Even if the Federal Reserve is able to manage inflation without triggering a recession, she said, recessionary behavior is already here.

“I think the people that we’re talking about and we care about – they’re already in a recession, if not a depression,” Orman said. “It’s not great right now on any level and it’s going to get worse.”

To be sure, those effects have not appeared yet. Forbearance during the pandemic pushed credit card delinquencies well below the five-year average. The numbers are just beginning to tick back up but remain far under pre-pandemic levels.

But while economic pressures currently appear more in credit card usage than delinquency rates, the savings data is a sharp reversal from the economy of just one year ago, when the share of people able to cover a $400 expense had reached the highest level since the Fed began surveying Americans’ on their emergency savings in 2013.

“People are pulling from whatever pockets they can,” said SecureSave CEO and co-founder Devin Miller. “The low to moderate income set of households are teetering on the edge right now.”