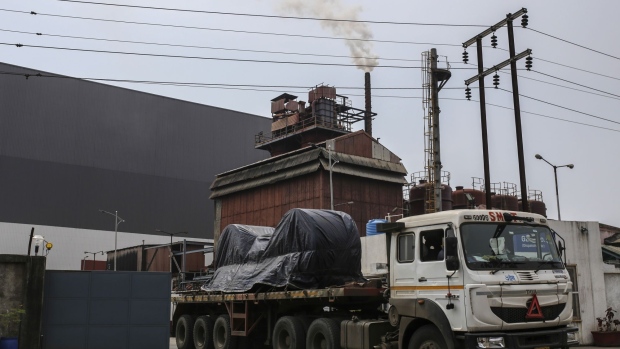 A truck carrying goods drives out of a JSW Steel Coated Products Ltd. plant at Maharashtra's Industrial Development Corporation (MIDC) industrial zone in Boisar, Maharashtra, India, on Sunday, Sept. 6, 2020. Six months after the start of the pandemic — as the developed world tries to restore some semblance of normalcy — the virus is arriving with a vengeance in India’s vast hinterland, where 70% of its more than 1.3 billion citizens live. , Bloomberg