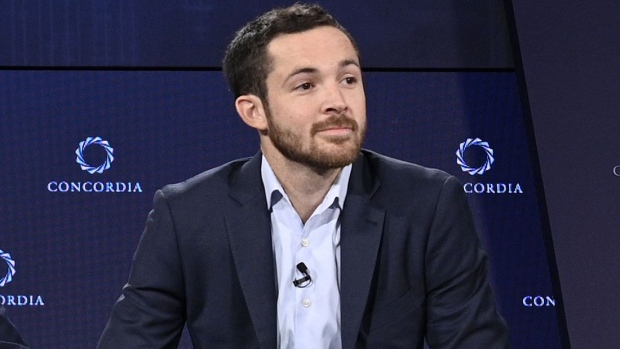 (Bloomberg) -- John. R. Tyson, the chief financial officer of Tyson Foods Inc. and great-grandson of the company’s founder, entered a plea of not guilty to charges of public intoxication and criminal trespassing.

His trial is set for Feb. 15, according to an official at the Fayette District Court who asked not be named because they are not authorized to speak publicly.

The CFO was arrested in November after being found asleep in a home that wasn’t his own in northwestern Arkansas. The arrest came roughly a month after he was named CFO of the top US meat company. He told colleagues and investors that he was embarrassed.

In a statement Thursday, the company said it and a committee of board directors separately reviewed the incident.

“The Board supports Mr. Tyson and has continued confidence in his ability to lead Tyson Foods as CFO,” the statement said.

The company has been under pressure from soaring inflation that caused some consumers to scale back purchases of beef and poultry.