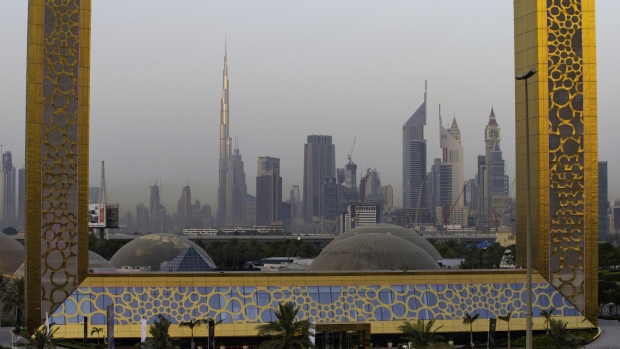 The Burj Khalifa skyscraper, left, stands above the city skyline seen through the Dubai Frame architectural landmark in Dubai. , Bloomberg

(Bloomberg) -- The United Arab Emirates said foreign executive directors will be eligible for long-term residency permits if they earn a monthly salary of 30,000 dirhams ($8,200), in a sign the Gulf nation is easing regulations to ensure sustained growth in the economy.

Applicants will also need a bachelor’s degree and no less than five years of work experience to apply for a 10-year residency visa, according to a presentation by the Federal Authority for Identity and Citizenship seen by Bloomberg. The news was first reported by Gulf News.

The move indicates further opening in a country where 80% of the population is made up of foreign expatriates, some of whom have lived in the U.A.E. for decades with no long-term residency guarantee. A recently introduced residency law was criticized for mostly offering rights to millionaires.

“The 10-year visa would increase the propensity for expatriates to save and invest in the U.A.E. given the outlook for longer-term residency, and we would expect strong demand for the visas,” said Monica Malik, chief economist at Abu Dhabi Commercial Bank.

Executive directors seeking the visa would need to present a valid work contract and must show health insurance for himself and dependents during that entire visa period, according to the presentation.

The offer is being made under the so-called “Golden Card” program announced earlier this year, which restricts the total number of 10-year visas for 2019 at 6,800. That “relatively limited” number will cap the benefits for the economy, Malik said.

To contact the reporter on this story: Zainab Fattah in Dubai at zfattah@bloomberg.net

To contact the editors responsible for this story: Lin Noueihed at lnoueihed@bloomberg.net, Mark Williams, Paul Abelsky