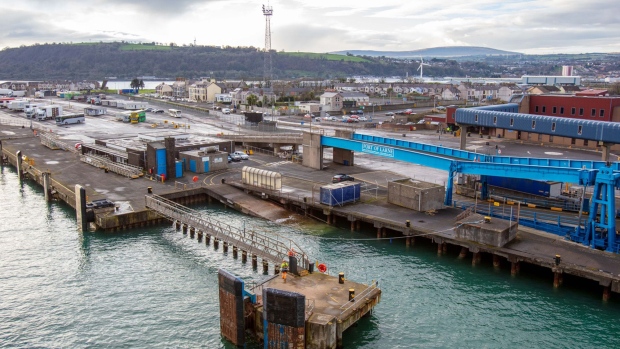 (Bloomberg) -- The U.K. government agreed to allow the European Union to delay ratification of their post-Brexit trade deal by a month, injecting more uncertainty into the already fragile start to the two sides’ new relationship.

In a letter to the European Commission on Tuesday, Cabinet Office Minister Michael Gove said that he expects that the EU “should be able to satisfy its internal requirements” by the end of April and the U.K. “would therefore not be asked to further extend the period of provisional application.”

The agreement on trade, security and fisheries was signed on Dec. 24, only days before it left the EU’s single market and customs union. The Commission applied the deal provisionally to give the European Parliament -- which has the power to veto the entire accord -- until the end of February to scrutinize it.

While the parliamentary vote would normally be seen as a formality, the EU’s growing concerns over what the U.K. might do to tackle problems surrounding trade with Northern Ireland, one of the most controversial areas of Britain’s original negotiations to leave the bloc, mean that lawmakers could threaten to withhold their approval.

With goods traveling into Northern Ireland from the rest of the U.K. facing delays at the border, the government in London is seeking to delay implementation of full customs checks on food destine for supermarkets, medicines and parcels until 2023 -- a request the EU has already signaled it will refuse.