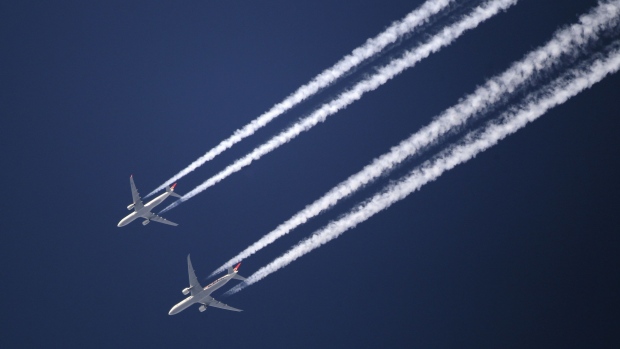 (Bloomberg) -- The U.K. allocated a record 685 million pounds ($898 million) of funding over the next three years for the development of aerospace technology, as the industry gears up to make the transition to renewable fuel.

The Aerospace Technology Institute will receive an increase of more than 50% on its previous award, the government said in a statement. The group is a partnership between the state and businesses, and the figure will rise to more than 1 billion pounds once an industry contribution is added.

The U.K. is part-funding research and development of alternative sources of fuel to help meet climate-change goals, with the aerospace industry coming under increasing pressure to meet environmental targets. The government has committed 1.95 billion pounds to ATI since its start in 2013 through 2026, and research projects include ZeroAvia’s six-seater hydrogen jet and the world’s fastest all-electric aircraft developed by Rolls-Royce Holdings Plc.

The research group has unveiled a design for a liquid-hydrogen powered airliner which would carry 279 passengers non-stop from London to San Francisco at the same speed and comfort as today. The FlyZero concept received 15 million pounds in state funding.

The new capital will be used to support the development of zero-carbon and ultra-low-emission aircraft technology, ATI said, and will support tens of thousands of jobs.