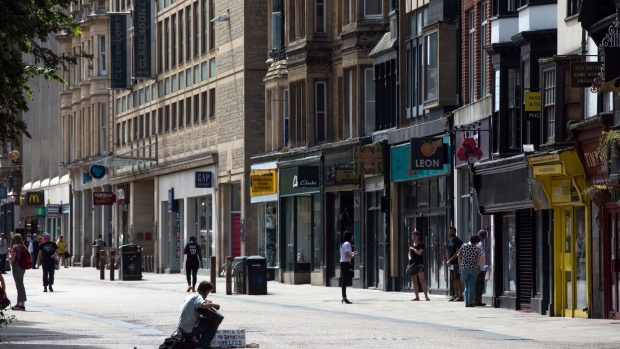 A busker plays a guitar on a pedestrianised shopping precinct in Oxford, U.K., on Wednesday, May 27, 2020. The U.K. government's plans to allow most stores to reopen can't come soon enough for retailers, with new figures showing the ongoing damage from the lockdown. , Bloomberg

The number of emergency virus loans approved by the U.K. government has topped 1 million, a milestone that highlights the economic damage done by the restrictions to control the pandemic.

The government has paid out almost 43 billion pounds ($53 billion) across its three lending programs, according to new figures published Tuesday. While the rate of increase has slowed in recent weeks, the figures give insight into the number of businesses that need help to stay afloat.

Meanwhile the cost of the furlough plan increased to 25.5 billion pounds from the previous week, a rise of 2.6 billion. That’s the biggest spending increase since the start of June, though the cost of the program tends to rise later in the month as more workers hit their pay day.