Short-dated notes led the rally, sending the yield on the two-year note lower by as much as 41 basis points to 3.39 per cent. Traders are also paring bets on the extent of interest-rate hikes by the Bank of England. The result of the contest could be announced as soon as today if Sunak emerges as the only candidate with sufficient backing from lawmakers.

Having served as chancellor in the government of Johnson, Sunak is seen as being better equipped to address the nation's financial challenges. Liz Truss resigned last Thursday after just weeks in the top job and after a U-Turn on her key pledge of massive unfunded tax cuts that pushed yields to their highest in years and forced the central bank to step in to stabilize markets.

“Sunak is clearly the market choice, and there will be relief that we have a safe pair of hands taking over,” said Russel Matthews, senior portfolio manager at BlueBay Asset Management. “This may not last long, but there will be a honeymoon period. The experiment with an extreme neo-liberal economic policy mix is well and truly over.”

The firm has “completely unwound” its short gilt position, Matthews added. It has a long position at the front end of the curve because it believes that the central bank will not be able to deliver the magnitude of hikes priced by the market. 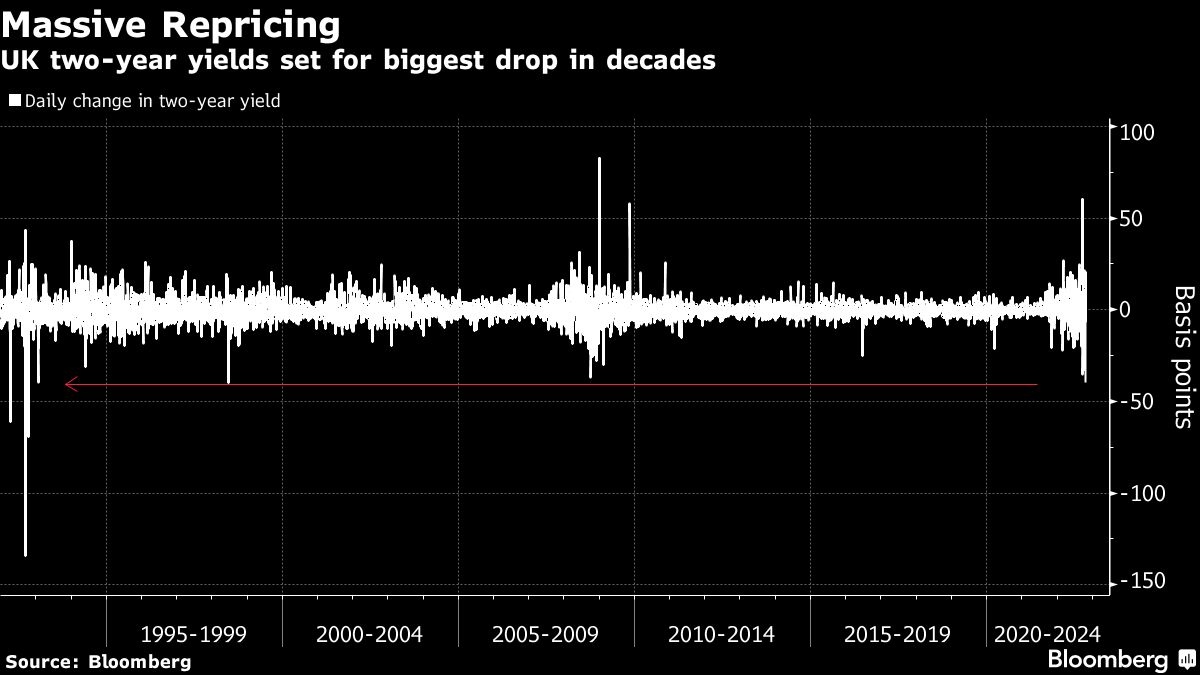 While Sunak has given no public indication of what he'd do as prime minister since the summer months, the former chancellor warned during the first leadership campaign that the outgoing administration's fiscal measures would push Britain's economy to the brink of collapse.

“When the leadership campaign was on, he said he won't do anything that Liz Truss did. He called the market reaction correctly,” said Rohan Khanna, rates strategist at UBS Group AG.

A clear victory for Sunak means the government will also likely meet a commitment to set out its medium-term plan on Oct. 31 alongside forecasts from the Office of Budget Responsibility, Khanna said. Concern that those could be postponed has been hanging over the market.

Traders continued to cut wagers on the extent of the hikes by the Bank of England. The key rate is now seen peaking at about 5.12 per cent by August. Expectations of a jumbo one percentage point increase when policy makers meet next Thursday have also faded, though a 75 basis point hike is still fully priced. 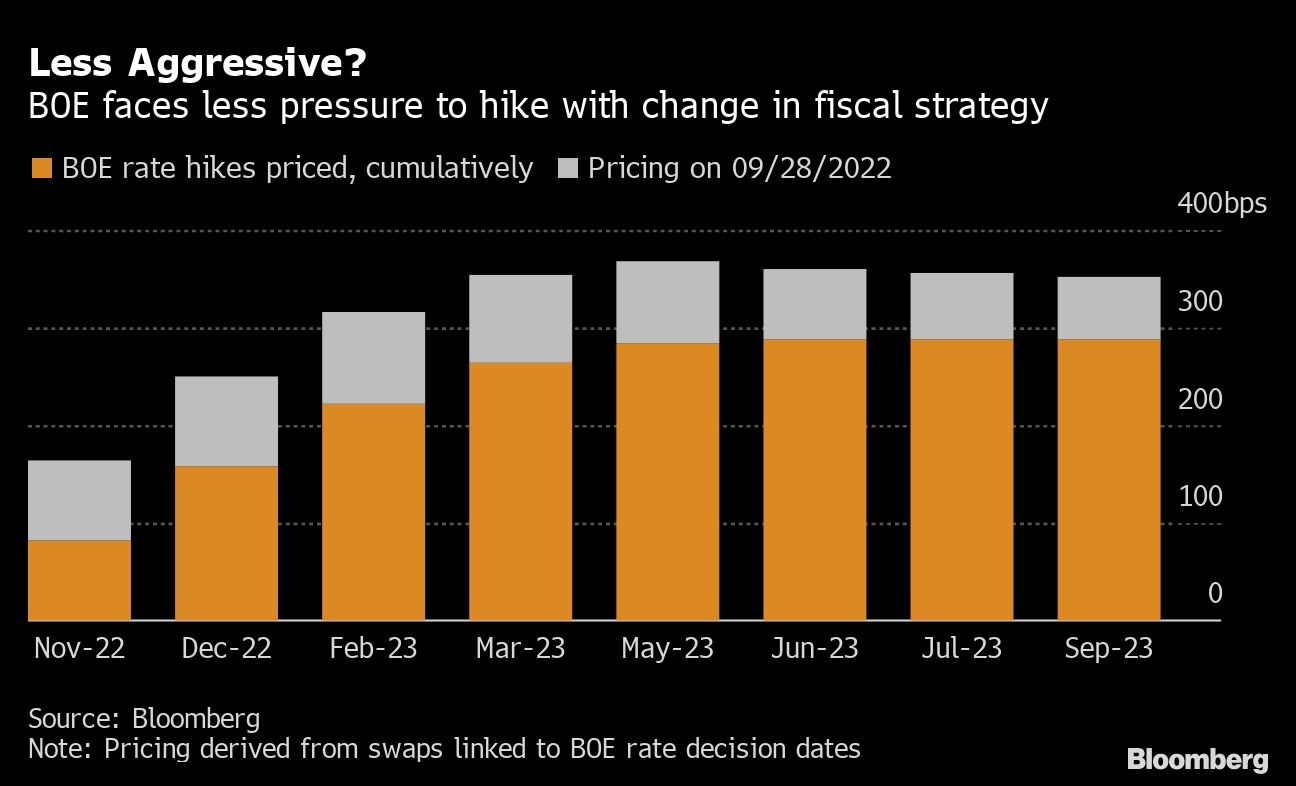 Leader of the House of Commons Penny Mordaunt is also vying for the U.K. leadership but is facing calls from supporters and members of her own campaign team to pull out. Her depature could potentially lead to Sunak's being named leader as soon as this afternoon. The appointment of Chancellor of the Exchequor Jeremy Hunt, who engineered the reversal of Truss' policies, has already helped calm markets.

“I think the assumption is that Sunak wins, and Hunt stays in No. 11 and his current fiscal plans are endorsed. They represent a big shift in fiscal policy from easy to tight,” said Kit Juckes, chief FX strategist at Societe Generale SA.

Once the initial optimism has faded, attention is likely to return to the UK's bleak economic outlook: inflation at a 40-year high, soaring interest rates, depressed consumer sentiment and a potentially severe recession. Net issuance of gilts for the next fiscal year remains vast and borrowing costs are high.

Some of the so-called Truss premium is still priced into gilts though. The 10-year yield is trading around 3.80 per cent, 30 basis points higher than where it closed on Sept. 22, the day before Truss' mini-budget.

The pound earlier gained as much as 0.9 per cent to pass US$1.14 but is now down 0.1 per cent on the day. It's languishing well below the peaks reached during the first leadership contest over the summer, weighed down by huge economic and fiscal headwinds ahead.

The outlook for the U.K.’s credit score was revised to negative by Moody's Investors Service on Friday. The rating firm said the change in the outlook was driven by “heightened unpredictability in policymaking” amid weaker growth prospects and high inflation and “risks to debt affordability from likely higher borrowing.”