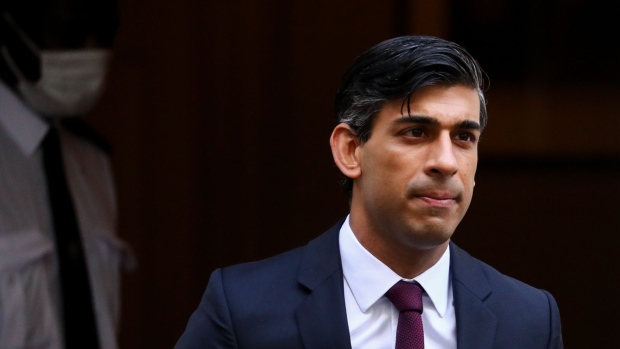 (Bloomberg) -- A leading U.K. business lobby has written to Chancellor of the Exchequer Rishi Sunak asking for him to scrap a 12 billion-pound ($16 billion) payroll tax increase planned for April.

The 1.25% levy will damage the economy, cost jobs, drive up inflation and “reduce take-home pay during a cost of living crisis,” the Institute of Directors said.

Sunak is facing a rebellion among his own lawmakers over the planned hike. Half a dozen have gone public with their concerns and others are privately mutinous.

Prime Minister Boris Johnson is reported to be “wobbling” over the issue but on Friday his spokesman insisted that the tax rise would go ahead as planned.

The prospect of a 50% increase in household energy bills from April has galvanised opposition. The IoD, which has 20,000 members, said the chancellor can afford to scrap the tax because government borrowing in on track to be 13 billion pounds lower than expected this year.

(Adds government insistence that tax rise will go ahead)