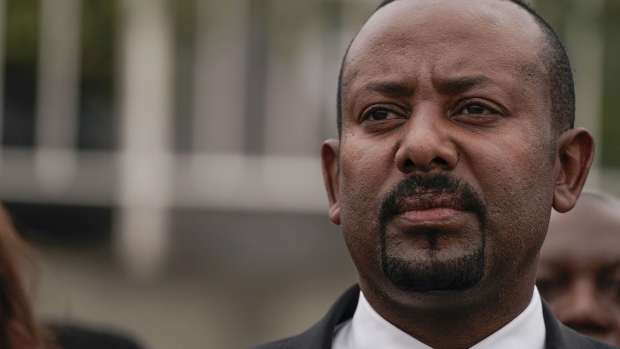 The call came days after Ethiopia held its first elections since Abiy came to power three years ago. Preliminary results could be released as early as Saturday, with Abiy likely to retain his role.

“Elections alone cannot bring democratic transition or resolve the political challenges being faced,” the 14 foreign governments said in a statement Friday. “We call on the government and all stakeholders in Ethiopian society to ensure that a meaningful broad-based national dialog process takes place and to commit to peaceful solutions.”

While there have been “important improvements” to make elections more credible, the country is still suffering from a “restricted political environment,” with some members of the opposition in detention, they said. Other signatories to the statement include Japan, New Zealand and Germany.

Ethiopia has been beset by unrest since the unbanning of opposition and rebel groups by Abiy stoked political fragmentation and long-suppressed ethnic rivalries. Hundreds of people have died in inter-communal fighting in the Amhara, Oromia and Benishangul-Gumuz regions.

By far, the biggest threat to the government’s legitimacy on the world stage is a raging civil war in the northern Tigray region. Fighting erupted there in November after Abiy ordered an incursion in response to an attack by troops loyal to Tigray’s dissident ruling party on a federal army base. Thousands of civilians have died and more than 2 million people have been displaced.