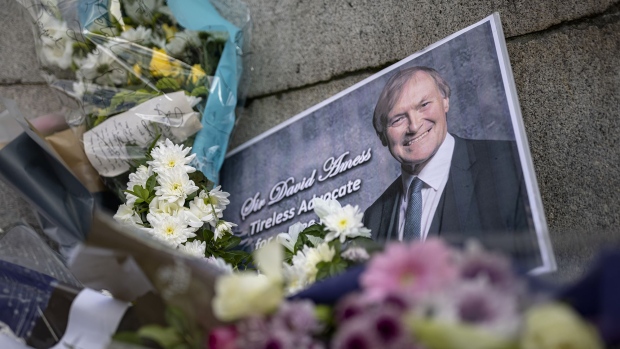 The U.K. charged a man with the murder of British lawmaker David Amess.

Ali Harbi Ali, 25, from London was charged following the fatal stabbing of the U.K. Conservative politician on Oct. 15. The Crown Prosecution Service said it would press for the murder to be linked to terrorism.

“We will submit to the court that this murder has a terrorist connection, namely that it had both religious and ideological motivations,” Nick Price, who heads the U.K.’s Special Crime and Counter Terrorism Division, said in a statement Thursday.