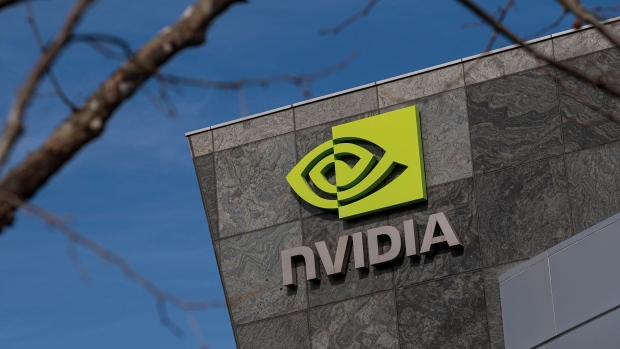 (Bloomberg) -- The U.K. is considering blocking a takeover of Arm Ltd. by Nvidia Corp. due to potential risks to national security, according to people familiar with the discussions.

Nvidia, the biggest U.S. chip company by market capitalization, announced in September a $40 billion deal to acquire Arm -- currently owned by Japanese conglomerate SoftBank Group Corp. -- as part of a push to spread its reach in the surging market for semiconductors.

In April, U.K. Culture Secretary Oliver Dowden asked the Competition and Markets Authority (CMA) to prepare a report on whether the deal could be deemed anti-competitive, along with a summary of any national security concerns raised by third parties.

The assessment, delivered in late July, contains worrying implications for national security and the U.K. is currently inclined to reject the takeover, a person familiar with government discussions said. The U.K. is likely to conduct a deeper review into the merger due to national security issues, a separate person said.

No final decision has been taken, and the U.K. could still approve the deal alongside certain conditions, the people added. Dowden is set to decide on whether the merger needs further examination by the U.K.’s competition authorities.

“We continue to work through the regulatory process with the U.K. government,” said an Nvidia spokesperson in a statement. “We look forward to their questions and expect to resolve any issues they may have.”

Shares in Nvidia fell as much as 2.7% in trading on Tuesday.

“If regulators do block the deal, it will impede Nvidia’s ability to dominate the computing-chip market, but we believe investors already had low expectations that the deal would be completed.”

Arm owns the most widely-used set of standards and designs in the $400-billion chip industry. Its technology is at the heart of most of the world’s smartphones and is finding an increasing role in computing, including in server machinery that runs corporate and government systems.

The Cambridge-based company has acted as a neutral party which sells chip blueprints and licenses its standards to a wide range of major technology companies, many of whom are fierce competitors. Ownership by Japan’s SoftBank, which acquired it in 2016 and which doesn’t overlap with Arm’s customers, has preserved that neutrality.

It is unclear how ARM’s change from Japanese to American ownership will affect U.K. national security. However, since SoftBank’s acquisition, the semiconductor technology has become a new focus for politicians.

The chip industry became a central part of former President Donald Trump’s trade war with China and the U.S. has taken action to restrict that country’s access to know-how that’s primarily owned by the U.S. companies that dominate the industry. U.S. government restrictions on the sale of chip technology to China already govern some of Arm’s inventions, as the company has operations there.

Newport Wafer Fab Ltd., based in Wales, is currently under review from the U.K. government after it agreed to be sold to a Chinese manufacturer for around 63 million pounds ($87 million).

U.K. to Move Ahead on Nuclear Project Without China Support

Prime Minister Boris Johnson has moved to protect critical national infrastructure including barring Chinese-owned Huawei Technologies Co. and he is also planning to press ahead with a flagship nuclear project without Chinese funding, according to a person familiar with the matter.

Arm’s position at the heart of the chipmaking industry means the deal has already raised concerns, because Nvidia directly competes with Arm’s customers like Qualcomm Inc., Intel Corp. and Advanced Micro Devices Inc. Other’s have publicly endorsed the change of ownership.

Some of Nvidia’s rivals have said they would be ready to invest in Arm to help it continue independently, if Nvidia isn’t allowed to buy it. The deal is also subject to regulatory approvals in China, the European Union and the U.S.

Nvidia has pledged to maintain Arm’s independence if the takeover is completed and invest heavily to increase its reach. But any takeover deal is likely to attach conditions such as maintaining the about 3,000 U.K. staff, and keeping the company’s headquarters in Cambridge.

Nvidia Chief Executive Officer Jensen Huang has said he remains confident that regulators will approve the company’s acquisition of Arm.

However, if the deal is blocked by regulators, SoftBank is likely to pursue an IPO of ARM, according to two people familiar with the matter. In a blog post in July, ARM CEO Simon Segars said “The combination of Arm and NVIDIA is a better outcome than an IPO.”