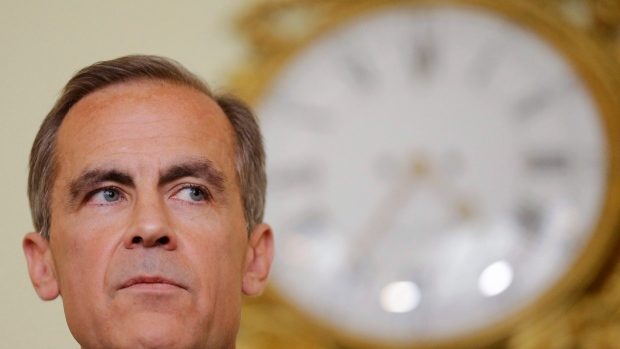 British consumer morale suffered its sharpest drop in more than 26 years after last month’s decision by voters to leave the European Union, according to figures that are likely to embolden Bank of England policymakers to take action next week.

Market research firm GfK said its gauge of consumer confidence fell to –12 from –1 in June, the biggest drop since March 1990 – when Margaret Thatcher was prime minister and Britons were reeling from interest rates rising to 15 per cent.

The comparison ends there, however. Economists expect the Bank of England to cut rates to a new low of 0.25 per cent next week and possibly revive its bond-buying programme, spurred by plunging business and consumer morale since the June 23 vote.

Consumer spending has been a key pillar of economic growth, so the BoE will likely be concerned that Britain’s headline gauge of consumer mood has fallen so sharply, even if the actual level of the GfK is still around levels seen in late 2013.

But a Lloyds Banking Group survey showed business confidence regained some lost ground after falling to a four-and-a-half-year low immediately following the referendum.

“The latest GfK consumer confidence survey adds to the evidence from other post-referendum surveys that have warned of a potentially sharp correction in the economy,” said RBC economist Sam Hill.

The GfK survey was worse than all forecasts in a Reuters poll that suggested consumer confidence would tick up from a reading of –9 in a one-off “Brexit special” version of the survey published three weeks ago.

Separate BoE data showed consumer lending expanded last month at the fastest pace since 2005 although a gradual slowdown in the number of mortgage approvals persisted into June.

“The broader picture underscores the story told by the Q2 GDP numbers earlier this week – the economy was shrugging off political uncertainty in the run-up to the referendum,” said Elizabeth Martins, an economist at HSBC.

Official figures this week showed Britain’s economy expanded 0.6 per cent in the three months up to its vote to leave the European Union, although most of this reflected a surge in output during April.

“The post-referendum indicators suggest that this strength has fallen away since the result,” Martins added, citing the GfK survey as an example.

The BoE lending figures mostly reflect lending that took place before the vote, but there are signs that the Brexit decision has already had an impact on the property market.

London-focused estate agent Foxtons blamed a 42 per cent drop in first-half profit on the referendum, saying it led to a fall in transactions which is likely to last until the end of the year.

The GfK survey showed pessimism about the economy’s prospects in the next 12 months rose to the highest level since April 2012, when Britain last flirted with recession.

Economists polled by Reuters earlier this month said it was more likely than not that Britain will fall into recession in the coming year.