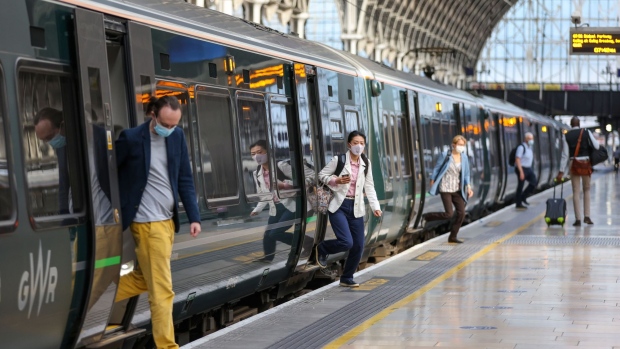 The squeeze on U.K. living standards intensified in March as wages fell further behind the rate of inflation, official figures showed.

Adjusted for prices, average earnings excluding bonuses fell by 1.9% from a year earlier, the biggest decline since 2013, the Office for National Statistics said Tuesday.

Soaring prices are robbing workers of the benefits of the strongest labor market in living memory. Wages excluding bonuses jumped 4.2% in the first quarter, double the 2.1% average in the decade before the pandemic. That increase was more than eaten up by the surging cost of living.

With inflation on course to exceed 10% by the end of the year and the government raising taxes, consumers are facing an almost unprecedented decline in their real disposable incomes. Some analysts say the hit could tip the economy into recession, raising questions about how far the Bank of England will raise interest rates.

The labor market remained tight in the first quarter, with unemployment declining to 3.7% -- the lowest rate since 1974 -- and job vacancies continuing to rise to record levels. Employers are struggling to find workers because hundreds of thousands of people who left the workforce during the pandemic have chosen not to return.

Employers added 121,000 people to payrolls last month, more than double the forecast. For the first time, there were more vacancies than people listed as unemployed. The BOE expects the jobless count to start rising at the end of the year as employers respond to a sharp slowdown in demand.

Policy makers are raising interest rates in an attempt to bring inflation back to the 2% target. The fear is that pay demands could take off across the economy if workers believe that high inflation is here to stay, triggering a damaging wage-price spiral.

However, forecasters are divided over how far borrowing costs will rise. The BOE delivered a fourth successive increase this month to take the benchmark rate to 1%, and money markets are pricing in almost 2.5% within a year. But economists on balance expect just two more 25 basis-point rises over the summer before policy is put on pause.