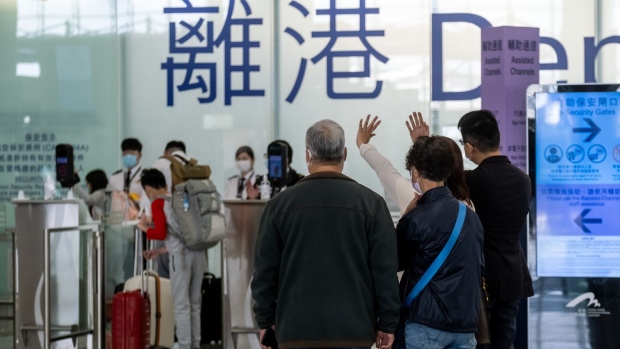 (Bloomberg) -- Prime Minister Boris Johnson estimates about 300,000 Hong Kong citizens will take advantage of a new visa route to leave the former British colony and settle in the U.K., despite nearly three million people being eligible.

The new procedure honors the “profound ties of history and friendship” between the province and Britain, Johnson said in a statement.

The route, which opens on Sunday, was offered after the U.K. said China’s imposition of a National Security Law breached the terms of the joint agreement made between the two nations when Hong Kong was handed over to Beijing’s control in 1997.

The visa fee to stay for five years will be 250 pounds ($343) per person alongside an immigration health surcharge of as much as 624 pounds per year.

“We have been clear we won’t look the other way when it comes to Hong Kong,” Foreign Secretary Dominic Raab said in an e-mailed statement. “We will live up to our historic responsibility to its people.”

Relations between London and Beijing are at a modern low as a result of the Covid-19 pandemic, the treatment of Hong Kong protesters and allegations of human rights abuses of Uighur Muslims. China denies any mistreatment.