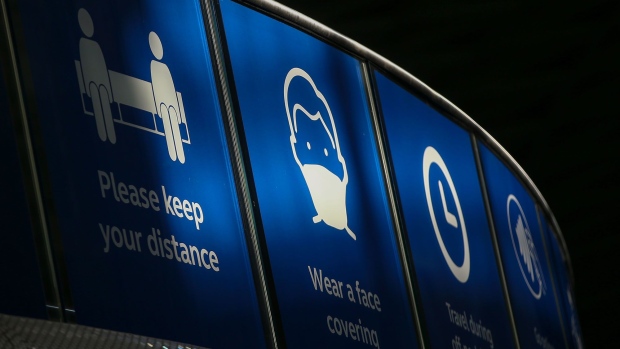 (Bloomberg) -- U.K. authorities expect to recover as much as 2 billion pounds ($2.7 billion) of fraudulent Covid loans over the next year, Chancellor of the Exchequer Rishi Sunak said on Tuesday.

Sunak was challenged in the House of Commons by his opposite number in the Labour Party, Rachel Reeves, who slammed “the incompetent way in which the business support schemes” were structured during the pandemic, allowing fraudsters to “walk away with 6.5 billion pounds of taxpayers’ money.”

“We are absolutely committed to tackling fraud wherever we see it,” Sunak replied, adding that the number cited by Reeves had been revised down by a third. A new taxpayer protection task force is “expected to recover between 1 and 2 billion pounds over the next 12 months and has already made a good start on that,” he said.

The Conservative government is under pressure to minimize losses under its various Coronavirus loans programs for businesses amid criticism that checks on borrowers were insufficient, and counter-fraud protection measures were rolled out too late.

A report last week by the government spending watchdog, the National Audit Office, said that inadequate fraud protection measures had left the taxpayer exposed to as much as 4.9 billion pounds of losses to fraud under the so-called Bounce Back Loans program, which offered a 100% state guarantee.

Sunak pointed to demands from politicians of all political parties at the time the loans programs were announced for them to be easily and quickly accessible to small businesses. Reeves, he said, had written to him at the time to say the process for small firms to apply for the loans was “cumbersome.”