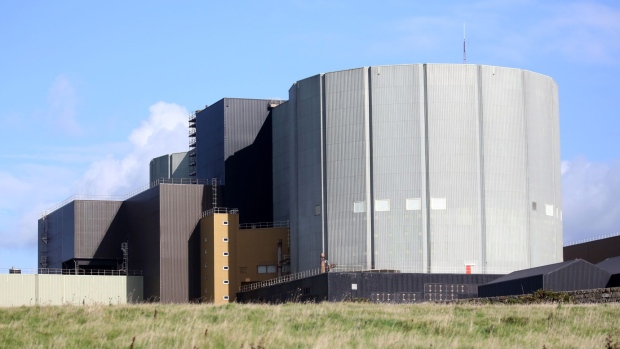 The U.K. is considering fresh proposals for building a new nuclear power project at the Wylfa site in Wales a year after another plan was abandoned for the lack of financing.

The government has said that nuclear is vital for its plans to reach net-zero emissions by the middle of this century, but has struggled to get large scale projects built. The latest push for atomic power comes as Britain struggles with an energy crunch, with surging natural gas and electricity prices bringing the risk of blackouts this winter.

The Department of Business, Energy and Industrial Strategy is in “exploratory” talks with two groups for the Wylfa site, according to Declan Burke, director of nuclear projects at the government department. Proposals have come from a U.S. consortium involving Bechtel Group Inc. for a large-scale AP1000 reactor, and from Shearwater Group Plc for a small modular reactor project combined with a wind farm.

Hitachi Ltd. exited a long-planned nuclear project at the Wylfa site last year after it couldn’t agree a funding deal with the government. Further plans to develop the site were shelved at the beginning of this year.

Prime Minister Boris Johnson has promised to commit to at least one-large scale reactor by 2025, and the government is in financing talks with Electricite de France SA for its Sizewell C plant.

Record high gas and power prices have caused a number of energy suppliers to collapse in Britain, forcing Business Minister Kwasi Kwarteng to reassure voters this week that supplies won’t run out this winter. The crunch in the U.K., partly because of a temporary lack of wind power, is bringing talk about boosting nuclear back on the table.

“You need nuclear alongside variable output from wind and solar, then you’re not only minimizing your emissions and getting close to net zero and the 2050 targets, but you’re significantly increasing energy security and insulating yourself from what’s been happening in international gas markets,” Tom Greatrex, chief executive officer of the Nuclear Industry Association.