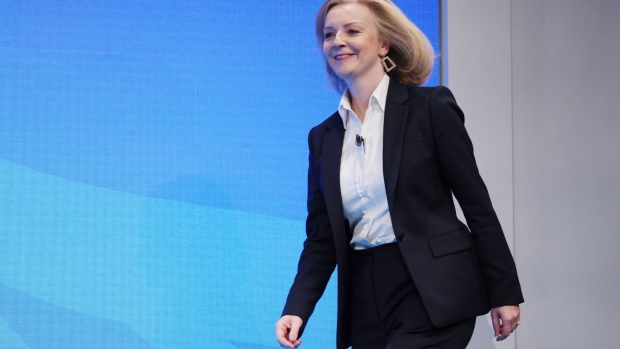 Liz Truss, U.K. foreign secretary, arrives on stage on the first day of the annual Conservative Party conference in Manchester, U.K., on Sunday, Oct. 3, 2021. In a quirk of timing, the Conservative conference is bookended by the phasing out of two major support measures credited with staving off an unemployment crisis and limiting the numbers falling into poverty during the pandemic. , Bloomberg

Truss is expected to announce deals in technology and infrastructure investment deals, the U.K. Foreign Office said in a statement.

The visit, which starts Friday, includes meetings with India’s environment minister Bhupender Yadav, and comes as both sides are set to begin talks for a trade deal and ahead of the COP26 global climate talks in Scotland that start at the end of the month.