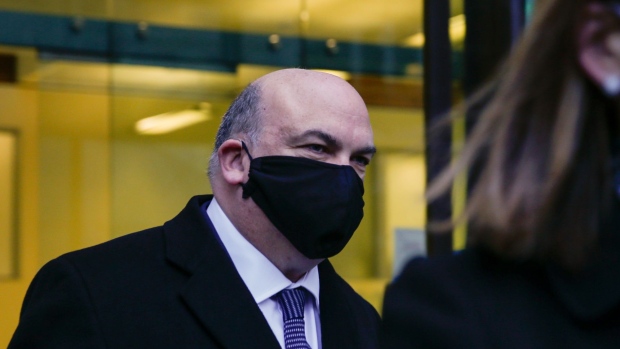 (Bloomberg) -- U.K. Home Secretary, Priti Patel, has until the end of the week to sign-off on a high-profile extradition battle that could test the much criticized treaty between the U.S and Britain.

Software tycoon Mike Lynch lost his latest court bid to delay his transfer to the U.S. to face fraud charges on Wednesday, and will now have to wait for Patel to make the decision. Lynch has won support from prominent Conservative Party politicians including David Davis, who say the extradition treaty between the countries is tilted in favor of the U.S. and that the U.K. government should hold off making the order to deport him.

Lynch, one of the U.K.’s most prominent tech businessmen, a former adviser to the prime minister and a big investor in other U.K.-listed firms such as Darktrace Plc, had sought to get more time for Patel to consider his pending transfer. But London judge Jonathan Swift dismissed his appeal Wednesday, saying a lower court was correct to refuse any further extensions.

Lynch is battling to prevent his extradition to face fraud charges stemming from the sale of his software company Autonomy to Hewlett-Packard for $11 billion in 2011. The Silicon Valley hardware giant wrote down the value of the company by $8.8 billion a year later.

Patel, who has the final say on all extraditions, will need to make a decision by midnight on Friday. She had previously wanted to wait until a separate judgment that explored the case was made public.

If Patel does sign off on the extradition, Lynch can then go back to court to appeal her decision.